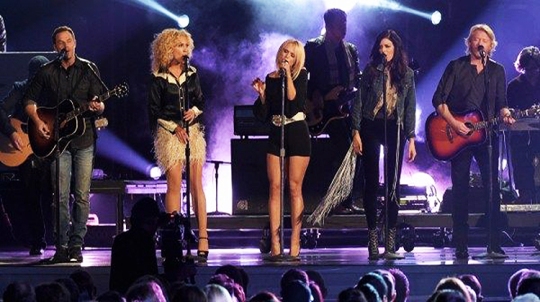 The band talked about navigating a 20 year career with family

Little Big Town paid a visit to friend Kellie Pickler on her new daytime show, “Pickler and Ben” last week.  The band talked about navigating a 20 year career with family and relationships. Little Big Town is an American country music group. Founded in 1998, the group has comprised the same four members since its founding: Karen Fairchild, Kimberly Schlapman, Jimi Westbrook, and Phillip Sweet.

What Are Your Real Motives?

“And you, my son Solomon, acknowledge the God of your father, and serve him with wholehearted devotion and with a willing mind, for the LORD searches every heart and understands every motive behind the thoughts. If you seek him, he will be found by you; but if you forsake him, he will reject you forever. 1 Chronicles 28:9

When Ananias and Sapphira saw others selling their land and giving the proceeds to the church so the poor could be cared for, they thought it was a great idea – in theory. However, when they sold some land they withheld part of the money and then lied about it. They wanted increased visibility and spiritual status without paying retail for it. They wanted to ‘look the part’ without having to pay the price. But Peter exposed their sin, saying, ‘You didn’t lie to people. You lied to God!’(Acts 5:4). Not only were their motives exposed, they both dropped dead. And as a result, ‘Great fear gripped the entire church and everyone else who heard what had happened’ (v. 11). One pastor says: ‘Numerous Sundays I’ve preached a message that deeply moved the members of my congregation. But ironically I’d “prepared” by arguing with my wife on the way to church, or making life miserable for my children. Years of practice came to my rescue and I easily morphed into “the pastor”, becoming instantly compassionate, holy, and spiritual. I was faking … [because] feeling needed, respected, and wanted can become as great a motivation as love for Christ.’ When it comes to examining your motives, here are two Scriptures you need to read and consider carefully and prayerfully: 1) ‘The LORD searches every heart and understands every motive behind the thoughts. If you seek him, he will be found by you.’ 2) ‘I the LORD search the heart and examine the mind, to reward a man according to his conduct, according to what his deeds deserve’ (Jeremiah 17:10).

forgive me for the times when my motivations are not honoring to You,

and help me be sincere in what I do. In Jesus’ Name, Amen