Where Have All The DJs Gone? 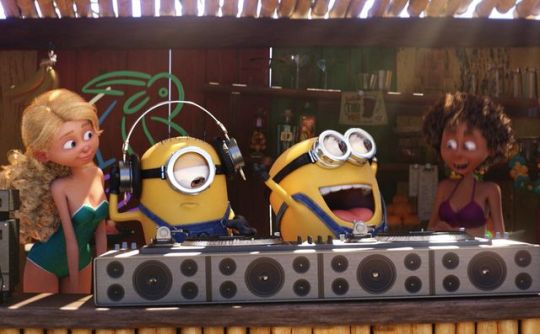 Where Have All The DJs Gone?

I never understood what producing has in common with DJing

There are superb Mixes of bedroom-DJs on the web, who don’t know a thing on producing, and there are lousy DJs among the top producers. I’ve never understood, why club-owners hire good producers as DJs.

Today, it’s even more bizarre: Kids from celebs and other strange people, who have no feeling for music and can’t even mix with auto-sync, get high-paid gigs.

Listen to AirplayExpress’s Top 40 for the latest International chart countdown hosted by Ed Dailey on Nashville Radio NBRN.FM this morning at 11AM [CST] Nashville Time

Ed Dailey will be counting down the latest AirplayExpress  Top 40 from Nashville Tennessee in the regular slot at the Nashville Broadcast Network this morning. To tune in right now click the NBRN banner to the left. Ed Dailey counts down the AirplayExpress Top 40 for the month of May in line with AirplayExpress policy of promoting the Artists on AirplayExpress.

This brand new Top40 chart features only the most downloaded and playlisted songs compiled from the last seven days on AirplayExpress playlists and from playlists sent in by Disc Jockey’s worldwide to AirplayExpress.

AirplayExpress Top 40 Aired in 11 Countries on 6 Continents. United States, New Zealand, Sweden, Belgium, Norway, Germany, Scotland, South Africa, Panama, Austria and Ireland now listening to the AirplayExpress Top 40.  Even as Our family of DJ’s and Radio station are growing by the week, we are also aware due to the downloads that there are many more radio stations downloading and airing the show, but have not yet let us know, so that we can acknowledge their much valued support.

The Top40 is Edited, Mixed and Mastered at AirplayExpress and sponsored by Wildhorse Entertainment.

Police said Samson was a native of Sudan and came to the United States in 1996.

Samson is a legal U.S. resident, but police did not know if he was a citizen. 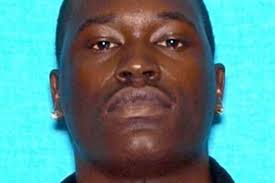 It is alleged that the black racist killer may have acted to avenge the murders of nine black people in a South Carolina church two years ago, but that is pure speculation at the moment as this hate crime may just have been an excuse to kill.

Federal authorities have opened a hate-crimes investigation into the Nashville shooting. Church minister Joey Spann, 60, managed to tell his flock to flee before being critically wounded in the shooting. His wife, Peggy, 65, was also shot. According to reports police say Samson was wearing a mask at the time, of the killing spree. 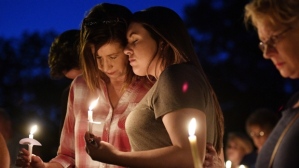 It is possible that the wearing of the mask was intended to hide his identity while committing these hate crimes, believing that by wearing a mask to conceal his identity he would not have been identified once he had committed this horrible act of racism.

The truth is if it was not for the Hero of the day,  22-year-old usher named Robert Engle, who tackled the gunman while suffering injuries himself from the gunman as he was pistol whipped in the struggle, Samson would have had the right of way to actually kill dozens more Church members as he was prepared to kill. According to the police four guns believed to be Samson’s was recovered after the shooting. Two pistols were found inside the church, and a pistol and rifle were found in Samson’s SUV.

According to reports, Samson the gunman entered the sanctuary of the building through the front door. He came into the building with two pistols, both of which were recovered inside the church. He then allegedly fired multiple rounds inside the sanctuary, wounding six people.

Racist Samson is accused of killing  Melanie Smith, 39, a single Mother of two and shooting to kill as he walked through the church silently, Picking selective members of the Church to shoot, before an usher Robert Engle, risked his life to stop the killing.

Other Church members wounded are Church minister Joey Spann, and his wife Peggy 65, William Jenkins, 83; Marlene Jenkins, 84; Linda Busch, 68, and Katherine Dickerson, 68.  in the church shooting that left six others wounded in Tennessee on Sunday. 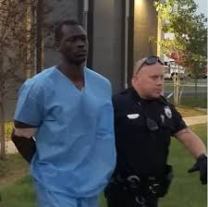 In a statement Engle said he did not want to be labeled a hero.

“The real heroes are the police, first responders and medical staff and doctors who have helped me and everyone affected.” Engle said

“The Memphis FBI Field Office’s Nashville Resident Agency, the Civil Rights Division, and the US Attorney’s Office for the Middle District of Tennessee have opened a civil rights investigation into the shooting at the Burnette Chapel Church of Christ,” said David Boling, a spokesman for the U.S. Attorney’s Office. “The FBI will collect all available facts and evidence.”

The comment section is open for comments. No racist or hateful remarks will be approved, unless they are simply facts.