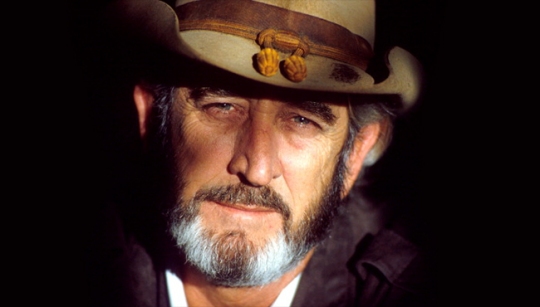 Don Williams, a singer of heartfelt country ballads who emerged as one of the biggest stars in country music during the late 1970s, died on Friday in Mobile, Ala. He was 78. His publicist, Kirt Webster, said the cause was emphysema. 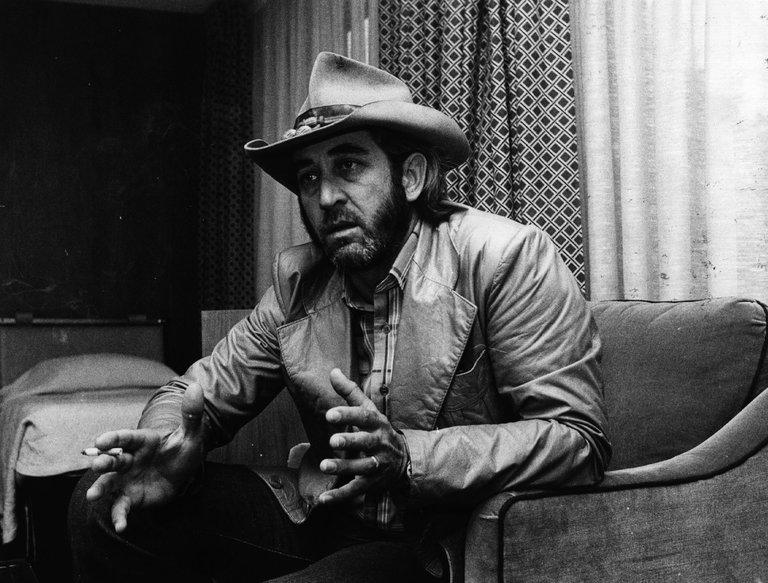 Never entirely comfortable in the limelight, Mr. Williams nonetheless found himself in it: 17 of his singles, including earnest declarations like “You’re My Best Friend” and “Lord, I Hope This Day Is Good,” reached the top of the Billboard country chart from 1974 to 1984.

He found particularly enthusiastic fans in Britain, where his admirers included the rock stars Pete Townshend and Eric Clapton. Named male vocalist of the year by the Country Music Association in 1978, Mr. Williams released 52 Top 40 country singles in all, 45 of them rising as high as the Top 10, before the hits stopped coming in the 1990s.

Nicknamed the Gentle Giant (even though his height of 6 feet 1 inch may not have quite warranted it), Mr. Williams was adept at writing and recording plain-spoken material extolling the virtues of romantic commitment. Singing in a warm, undulating baritone, he made marital fidelity not just appealing but sexy — as exciting, in its way, as the themes of cheating and running around that defined the classic honky-tonk music of the 1950s and ’60s.

“Till the Rivers All Run Dry,” a No. 1 country single in 1976, was typical of his understated persona and approach. Propelled by a lightly throbbing beat, he pledged his devotion to the love of his life, singing:

Till the rivers all run dry – Till the sun falls from the sky – Till life on earth is through – I’ll be needing you.

Written by Mr. Williams and Wayland Holyfield, the song was also on the album “Rough Mix,” recorded later that year by Mr. Townshend, of the Who, and his fellow British rocker Ronnie Lane, of the Faces.

“I Believe in You,” a gently cantering ballad in a similarly intimate vein written by Roger Cook and Sam Hogin, spent two weeks at the top of the country chart and crossed over to the pop Top 40 in 1980. In the song’s chorus, after cataloging a series of ephemera in which he professed little or no faith, Mr. Williams, with unabashed sincerity, sang: 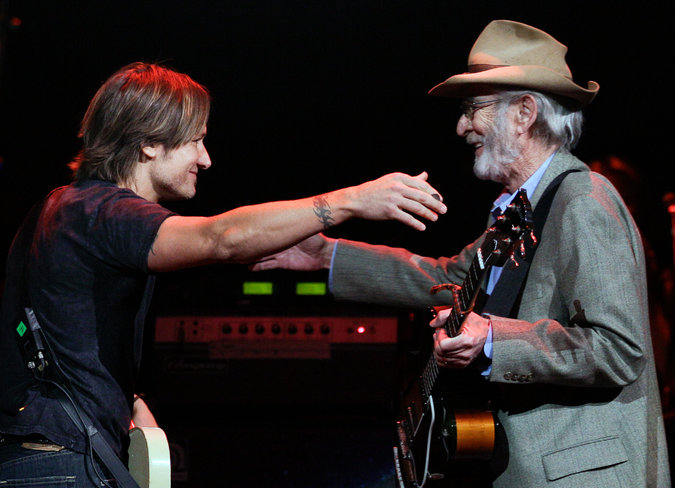 His unfussy aesthetic — at once simple and, in its elemental way, profound — would go on to influence, among others, the country singer-songwriters Alan Jackson, Mary Chapin Carpenter, Brad Paisley and Kathy Mattea. Mr. Williams’s success as an artist was likewise attributable to the accessibility and stylistic reach of his music.

“When I was growing up, I used to listen to Ray Price, Johnny Cash and Jim Reeves,” Mr. Williams recalled in a 1995 interview with the British magazine Country Music International. “At the same time, I’d also listen to Teresa Brewer, the Ink Spots and the Platters. Then, when Bill Haley, Little Richard and all that started happening, I think a lot of us made a transition then without realizing it.”

Keith Urban, left, and Mr. Williams at a benefit concert for the Country Music Hall of Fame and Museum in Nashville in 2012. CreditMark Humphrey/Associated Press. His recordings also benefited from the creative input of country-pop crossover producers like Allen Reynolds and Garth Fundis, who offered a seamless blend of country, pop, rock and R&B sensibilities.

“Tulsa Time,” a line-dancing favorite that hit No. 1 on the country chart in 1978, was evidence of Mr. Williams’s facility with more rhythmically propulsive material. Mr. Clapton’s version of the song reached the pop Top 40 in 1980. 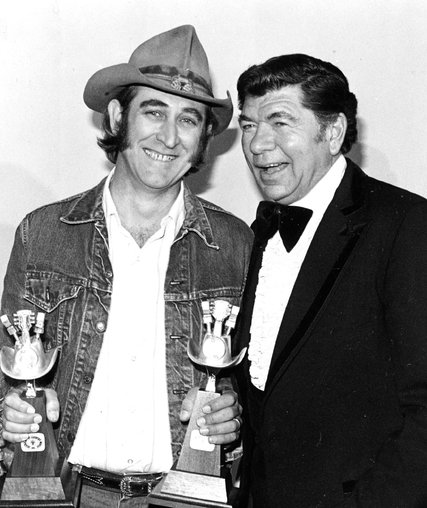 Don Williams, left, with the actor Claude Akins at the Country Music Awards in Los Angeles in 1979. CreditAssociated Press

Mr. Williams also had a Top 10 country hit in 1974 with a cover of “The Ties That Bind,” which had been a Top 40 pop hit for the soul singer Brook Benton in 1960. He was born Don Williams on May 27, 1939, in the rural north Texas community of Floydada. His father was a mechanic who moved the family often in search of a better life. They eventually settled in Portland, Tex., near Corpus Christi on the Gulf Coast, where Mr. Williams graduated from high school in 1958.

He first sang in public at age 3 and performed in country, rock and folk bands as a teenager. His mother taught him to play guitar. In 1964, after serving in the Army, he formed the Pozo-Seco Singers, a folk-pop trio, with Susan Taylor and Lofton Cline, in Corpus Christi. The group recorded several albums for Columbia Records, and two of its singles reached the pop Top 40.

The trio split up in 1969, after which Mr. Williams held several jobs outside the music business before moving to Nashville in the early 1970s to sign a contract with Jack Music, the publishing company operated by the producer Cowboy Jack Clement. 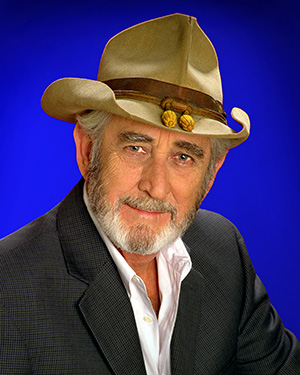 His survivors include his wife of 57 years, the former Joy Bucher; and their two sons, Gary and Timmy; and four grandchildren. Mr. Williams announced his retirement last year, saying in a statement that it was “time to hang my hat up and enjoy some quiet time at home.” A tribute album, “Gentle Giants: The Songs of Don Williams,” including performances by Lady Antebellum and Garth Brooks, was released this year.

Mr. Williams cultivated strong fan support in India and Latin America and was one of the few country stars to tour in Africa. In 1997 he released a DVD, “Into Africa,” recorded live in Harare, Zimbabwe. His most robust following outside the United States, however, was always in England (although he was popular elsewhere in Europe as well). He was enthusiastically received at the 1976 Wembley Festival and performed at the Royal Albert Hall in London. In 1980 the readers of the London-based magazine Country Music People voted him the artist of the decade.

“I’ve found that the English pay a lot of respect to your music,” Mr. Williams told Country Music International. “They know who wrote the song, where you recorded it, and who the musicians were, and all of that stuff. There are a lot of English fans who can remember more about what I’ve done than I can.”

WE GET OUR CAR BACK FROM HURRICANE HARVEY Former San Antonio, TX girlfriend Betty Kirkpatrick uses her investigation skills to get my car back from where I abandon it during Hurricane Harvey at the Exxon station at HWY 6 S and Memorial Drive. Turns out the city does not tow it plus there is no flood damage. A Tallowood Baptist church deacon and I make it through barricades to the location where we abandon our car at the Exxon gas station and bring my car back home to our covered car port space #99 where it belongs. That’s a Praise God.

COUNTRY SINGER RESCUES HOUSTON DOG FLOOD VICTIMS It is so very nice when someone helps stray doggies. This week, Country Superstar Miranda Lambert’s MuttNation Foundation helps clear out animal shelters in the Hurricane Harvey-ravaged Houston, TX area. Lambert makes it perfectly clear: It was heart work. Peoples’ dogs run around loose. There’s hundreds and hundreds of them. At your highest point of exhaustion, you still keep going three more hours because every little face in there needs you. God bless Miranda Lambert.

TRIVIA QUESTION: Who plays Kingfish’s mother-in-law in Amos & Andy? The answer appears below.

BETTY KIRKPATRICK [former and still is girlfriend] (San Antonio, TX) Subject: Holding you dear in my heart and prayers. Dear Jim, I am glad you and Susie are out of harm’s way but thinking about the rebuilding and health concerns for Houston in the aftermath of Harvey you will be in my prayers. Duckie offered up my home to you in her email because she knows I would be here for you and Susie. If you need to get away please head right over to San Antonio with Susie. I was busy with inspections to a house I sold this morning and while there found a gas can for another customer of mine (Home Depot and Lowes are out of gas cans!) her car was stranded with no gas. Got her some gas. Traveled to Pet Smart, Chulo, my dog, is a Shih Tzu with a sharing personality so he sent a giant 50lb bag of Pedigree food to his fellow canines in Houston. I helped him draw a big heart on it as our hearts go out to all who have suffered from this devastation. Our Realtor community here have had also been busy raising money and supplies for our neighbors in Houston. As a Realtor I am glad to do what I can to help find housing for those folks coming to San Antonio trying to figure out how to rebuild their lives. Right now it is a matter of having food, medical help, clean clothes and shelter and San Antonio is a good neighbor. Be well and stay safe. Always your friend, BK Kirkpatrick

KENT BURKHART [former Radio consultant with Lee Abrams-KXOL-1360, WQXI-790, KOWH-660, WQAM-560] (Atlanta, GA) Subject: Jim Rose Remembers Radio (#1648) September 04, 2017 [Monday]!!!!! Hi Jim. I spent the first 18 years of my life living in Matagorda County. We had at least one hurricane or tropical storm that I can recall. I was terrified!!!!!!!!! I feel so sorry for those who were in the current event. Incidentally, I read that in your recent edition that the RKO/Dearborn was the first satellite delivered show in radio history. Out of professional curiosity with year was that????? Thanks. Glad you are well. Kent Burkhart. Kent Burkhart

EDITOR’S NOTE: Bob Dearborn produces and hosts the five-hour adult contemporary show from January 9, 1981 until 1984. January 9, 1981 Is also the premier of America Overnight, a six-hour interview and call-in show with host Eric Tracey in Los Angeles and Ed Busch from Dallas.

JIM MCCURDY [KRBC-1470; KNIT-1280; KORQ/ KTLC-100.7; KRBC-TV News Anchor; KTAB-TV news anchor] (Austin-Cedar Park, TX) Subject: Glad your safe! Jim Been thinking and praying that you and Susie are okay! We’re in Galveston now with our grand baby and saw some of the devastation in Dickinson. Let me know if I can assist in some way. Thanks for keeping the newsletter going even in this challenging time! Jim McCurdy

DON SUNDEEN [DJ/Hi Records promotion/TV ad prod] (Dallas, TX) Subject: Jim Rose Remembers Radio (#1648) September 04, 2017 [Monday] Jim, so happy to hear that you’re O.K. and that Gina found Suzie. Getting up and down to the second floor can be difficult sometimes, but this time it was a blessing. don http://www.thedonrocks.com / https://www.facebook.com/ OfficialTheDonRocksPage Twitter: @therealdonrocks

BILL INGRAM [Remote Operations/Traffic Reporter-KSBJ FM] (Houston-Cleveland, TX) Subject: Glad you are ok. Jim, it’s been a tough week for The Greater Houston Area. Certainly the biggest flood we’ve ever seen. I’m glad to hear you and Suzie are okay. I’m praying for you both, as we all try to recover from this storm of the century. God bless, Bill Ingram KSBJ Radio

CARL HIAASEN (March 12, 1953 – p) The first rule of hurricane coverage is that every broadcast must begin with palm trees bending in the wind.