Radney Foster CD/Book For You To See the Stars 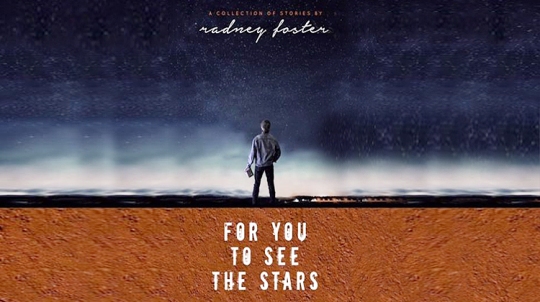 Radney Foster To Release “For You To See the Stars”

a CD/book combo titled ‘For You To See The Stars’ to be released on September 15.

The collection of short stories, released via Working Title Farm, will be Foster’s very first print publication. The record (Devil’s River Records) marks Foster’s eleventh studio album and will feature nine new songs, along with a special re-recording of his top single, “Raining on Sunday.”

While it’s evident that Texas has always been an inspiration for his music, in For You To See The Stars, Foster explores various landscapes, both physical and emotional, from the story of a retired spy in New Orleans, to the tale of a Dallas lawyer wandering the Rocky Mountains in search of redemption, to a post apocalyptic parable of a world in endless war.

The beauty of this CD/book combo lives within Foster’s extensive imagery, which not only further expands the meaning behind Foster’s songs, but gives the reader a look at the thought process behind his songwriting. “For me, the goal of writing is always to touch that one person so much that they wonder how I got a peek into their living room–how I understood exactly what they felt. More than just rhyming or having a pretty melody, I try to express a part of the human condition that can make someone want to laugh, cry, make love, or all of the above.” 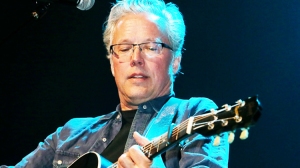 For You To See The Stars is Foster at his classic storytelling best, both as a seasoned singer/songwriter and a soulful writer of prose. Although both components stand alone as separate pieces of art– they are meant to be enjoyed together for a reason. When coupled, the book and CD give fans a deeper insight into the subconscious of Foster’s storytelling.  Journalist Peter Cooper puts it best, “Radney Foster writes with uncommon depth of emotion, humor, empathy, and clarity. I’m going to ask him how he does it, and if he tells me I’ll let you in on his secret. Until then, it’s best that we read, wonder, and revel.”

KENNY ROGERS’ FINAL FANFARE Country-Pop singer who dazzles us with his smooth ballads, Kenny Rogers, announces his Farewell Concert Celebration at 7 pm October 25, 2017 at Bridgestone Arena in Nashville, TN. Kenny teams once again with Dolly Parton, plus an all-star cast of Little Big Town, Alison Krauss, The Flaming Lips, Idina Menzel, Jamey Johnson, Elle King and more. This concert is the final time that The GamblerKenny Rogers and Dolly Parton perform together in a public event.

THE MARBLE CITY LOSES ANDY & ALISON Twenty-years of fun and frolic ends Friday, July 14, 2017 with farewell tears as Andy and Alison end their successful run on Country WIVK FM (107.7) as Knoxville, TN’s top morning radio duo. Andy and Alison along with producer Jimmy sign on the Knoxville airwaves on July 7, 1997 to host one of the most successful morning radio shows in America. The team scores six CMA’s for Personalities of the Year and three awards for ACM Personalities of the Year.

ENTERCOM RELOCATES FOUR SEATTLE RADIO STATIONS Entercom pulls out and transfers the offices and studios of its four-station Seattle, WA cluster into a new location downtown. At first, this may not sound like a big deal. But to the announcers, DJs and newscasters they have move fast, plus quickly learn how to operate their new equipment with no dead air. Rock KISW FM, Country KKWF FM, Classic Hip Hop KHTP FM and Alternative KNDD FM are now located at 800 5th Avenue, Suite 1400, Seattle, WA.

TRIVIA QUESTION: Who has popular American Bandstand theme teen dance TV show in the 1950s in Baltimore, MD? The answer appears below.

•1951 DALAI LAMA returns to Tibet on July 21st. ‎•1964 ROY ROGERS King of the Cowboys has nine-hour surgery on August 14th to repair vertebrae in his back that years of riding his horse Trigger damages. •1972 57 MURDERS occur in New York in 24 hours by July 21st. ‎•1989 RICKY VAN SHELTON’s Wild-Eyed Dream is his first Platinum album on July 24th. •1990 GOODWILL GAMES open on July 21st in Seattle, WA. ‎•2013 MIRANDA LAMBERT’S single The House That Built Me goes Double-Platinum on July 23rd.

JOE NELSON [Writer/publisher of San Diego Radio] (San Diego, CA) Thank you. I am shutting SanDiegoRadio down. There is an outside chance I will return, but as it stands now it’s over. I’d like to thank all the wonderful people I have met along the way, really, you have improved my life. I can’t think of what life would be like if I hadn’t taken on this column. There will be one more article, a Spotlight already in the works. I just need to touch it up and it will be posted. Thank you and I love you all, Joe Nelson (www.Sandiegoradio.org)

KENT BURKHART [former Radio consultant with Lee Abrams-KXOL-1360, WQXI-] (Atlanta, GA) Radio Kent Definite rain and twisters and sharp winds. But people still Live here and happily. And you live in Texas my favorite state where I grew up and attended college. And where met my wife. Also my brother in law who developed into a super lawyer and friend. I have zero brothers and sisters so he became brother so to speak. Lucky for me. Texas with wonderful friends. I hope you are doing well and your friends have treated you super well. I enjoy reading your stuff. Keeps me young at 83 almost 84. Peace. KB.

BEN HAROLD [ex KXOL-1360/KBUY-1540/WBAP-820/KENR-1070] (Knoxville, TN) Good Morning Jim! I recall we BOTH worked together at KXOL-1360, before I went to WBAP-820…then I came back to KXOL-1360 before going over to KLIF-1190. in Houston, I worked at KNUZ-1230 before moving over to KENR-1070. I don’t recall, however, if you and I were behind the mike at KENR-1070 during the same time, but we seem to know the same people from there, so it’s a possibility. I did help bring Scott Reese to the mike at KENR from KXOL-1360. you and I have a long history of working up and down the dial, so it’s quite likely our paths crossed MORE than once. however, I always did news…so I was (as most newsmen) hidden in the background – so to speak. Roger that, old friend! please keep in touch. your friend, Ben Harold

JOHN WALTON [Walton & Johnson Show] (Houston-Fulshear, TX) Subject: Checking in. OMG…Gene (Dickerson) hired me…you came in right after I left (KTRM-990). I got one of the best jobs (fun wise) ever…left there to go to WJDX in Jackson MS. I still hear from Henry (LaRocca)…great guy. He owns a plumbing company. I guess he still wants to dabble.

DUCKIE MASSEY [ex KIKK FM/KIKK-650, KITE-930, KXOL-1360, KBUC FM, KSMG FM, KONO-860] (San Antonio, TX) Subject: Jim Rose Remembers Radio (#1632) July 10, 2017 [Monday] Jim, darling you made a bit of a Bo Bo. Classic Country KRPT FM (92.5 The Bull) Devine-San Antonio, is Classic Country KBUC FM (92.5 The Bull) Devine-San Antonio. Yes, they got our old KBUC call letters. I don’t know why they say the bull. It reminds me of that Texas expression “He’s full of bull”. It takes away the ambience of our beautiful KBUC from the old days. Normally, when somebody comes from Yankee land to San Antonio they have quite a cultural shock. I wonder if Kyle Due is familiar with San Antonio or if he has ever been here before. If not, he’s in for a big surprise, especially the heat. Duckie ! Director of Sports Sales (www.baywoodhotels.com)