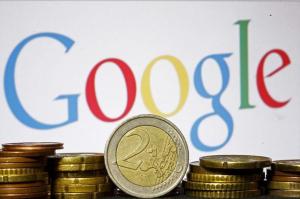 EU antitrust regulators hit Alphabet (GOOGL.O) unit Google with a record 2.42-billion-euro ($2.7 billion) fine on Tuesday, indicating they will likely take a tough line with the company in two other ongoing cases. The European Commission said the world’s most popular internet search engine has 90 days to stop favoring its own shopping service or face a further penalty of up to 5 percent of Alphabet’s average daily global turnover. The Commission found that Google had systematically given prominent placement in searches to its own comparison shopping service and demoted those of rivals in search results.

“What Google has done is illegal under EU antitrust rules. It denied other companies the chance to compete on the merits and to innovate. And most importantly, it denied European consumers a genuine choice of services and the full benefits of innovation,” European Competition Commissioner Margrethe Vestager said in a statement. The action came after a seven-year long investigation prompted by scores of complaints from rivals such as U.S. consumer review website Yelp (YELP.N), TripAdvisor (TRIP.O), UK price comparison site Foundem, News Corp (NWSA.O) and lobbying group FairSearch. This is the biggest fine for a single company in an EU antitrust case, exceeding a 1.06-billion-euro sanction handed down to U.S. chipmaker Intel (INTC.O) in 2009.

It is also the biggest regulatory setback for Google, which settled with U.S. enforcers in 2013 with a requirement to stop “scraping” reviews and other data from rival websites for its own products.

The EU competition enforcer has also charged Google with using its Android mobile operating system to crush rivals, a case that could potentially be the most damaging for the company, with the system used in most smartphones. The company has also been accused of blocking rivals in online search advertising, with the Commission warning of deterrent fines if Google is found guilty of breaching EU rules.

‘Celtic Journey’ is a stage show featuring music, dance and story that celebrates the Celtic nations, their traditions, and the international ties that unite them as one in a world of hardship, hope and new beginnings. Starring the vibrant Welsh Folk-Crossover group The Meadows (aged 13 to 23) and US Celtic singing star Kristyn Murphy, audiences will become lost in 2 hours of toe-tapping reels, heart wrenching ballads and stories of home.

On either side of the Atlantic Ocean there are several pockets of people who share a pride and love of their Celtic heritage. Through music, dance and story, cultures are shared, preserved and celebrated. The coming together of these two musical acts is a perfect combination and wonderful reminder of how far spread the cultures of the Celtic Nations have travelled and how deeply the roots of tradition are planted.

“We have been in contact with Kristyn for a few years and were really excited when she mentioned the possibility of touring the UK. Working together seems to have happened naturally. Kristyn is amazing, as her voice is so unique and beautiful. We’re having a lot of fun choosing new songs which work for everyone. It’s really interesting to see the programme develop with everyone’s input, especially as Kristyn is bringing in some historical and cultural elements from Maine and Canada. Celtic Journey has a real storytelling feel, combining the different elements of the Celtic world.”

It matters not from which side of The Atlantic, those with Celtic connections seem to be united through a never fading internal pride of homeland and lifestyle: Traditions are passed down unbroken for generations; stories are told over and over again, family legends never dying; there seems to exist an internal hope and joy that builds to a climax and cannot help but be celebrated.

That is the Celtic Journey…

“Celtic Journey specifically focuses on the idea of ‘home’ and the ties that bind a people together regardless of place or distance between. It is meant to be a celebration of culture, as well as a way to highlight different cultures and the idea that each of these is unique. I feel as though I sometimes have a little trouble relating to my own country these days so it is a great time to really embrace my heritage and travel overseas to celebrate this. The Meadows are fantastically talented and I am very much looking forward to this journey.” 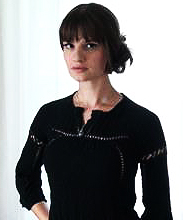 Kristyn Murphy was born and raised in the United States near the beautiful Maine coast where she began studying music and solo performing at the age of eight, and has since studied at the prestigious Hartt School and Crane School of Music. Kristyn’s voice, which is attracting audiences around the globe, has entertained high profile U.S. political figures, was recently featured in the national touring cabaret act Lovers & Monsters, and has been enthusiastically welcomed by audiences of all ages.

The singer’s deep connection to both the ocean and her Celtic heritage is reflected in her repertoire, which weaves together Celtic, American folk, Maritime and standards. Her musical versatility is pleasing to varied musical palates, and her energetic personality keeps

The Meadows a four-piece sibling multi-instrumentalist band are Melody [23], Fantasia [21], Harvey [18] and Titania [13] and they perform original songs and fresh interpretations of folk music, predominantly drawn from Celtic culture.

“There is no doubt that Kristyn Murphy is the real deal. This Lass is talented, intelligent, beautiful, and her music oozes with an emotion that leaves audiences spellbound.”