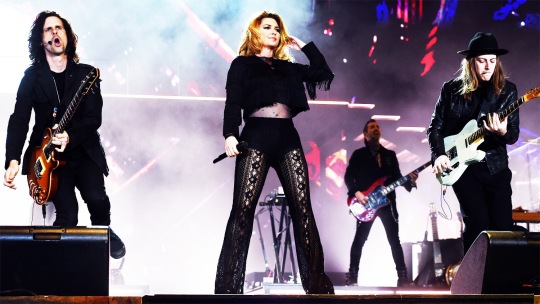 Global superstar and 5x time Grammy Award winner Shania Twain rocked Stagecoach last night, thrilling 75,000 music fans who made their way to Indio this weekend.  Headlining and performing at the festival for the first time, Twain opened with fan-favorite, “Rock This Country,” setting the scene for a performance which had the audience packed into any available space in front of the Mane stage.  Filled with hit after hit, her electric 90-min set showcased her illustrious career and was a reminder that Twain is one of the most dominant and exciting artists of all time.

Surprises of the night included performances from pop heartthrob Nick Jonas,  who came out to join his idol on stage for a version of Twain’s hit “Party For Two” and country darling Kelsea Ballerini, who accompanied Shania for “Any Man of Mine”.

With more than 100 million albums sold worldwide and U.S. sales topping 34.5 million, Twain remains the top-selling female country artist of all time. Twain’s albums include her platinum-selling 1993 debut, “Shania Twain”; “The Woman in Me,” her Grammy Award-winning double diamond-selling 1995 release; “Come on Over,” the best-selling studio album in Soundscan history by a female artist in any genre and the best-selling country album of all time with more than 40 million units sold worldwide; and “UP!,” Twain’s third consecutive diamond-selling album release.

Recognizing her indelible impact and achievements in music, Twain is the first and only female to receive CMT’s Artist of a Lifetime Award and she recently received the Icon Award at Billboard’s Women in Music ceremony. Twain’s many hits include “Any Man of Mine,” “That Don’t Impress Me Much,” “You’re Still the One” and “Man! I Feel Like a Woman!” 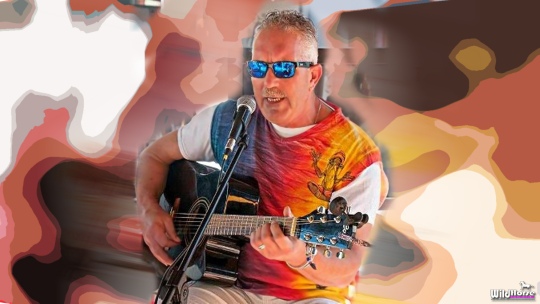 Local musician and songwriter, Pierre Opperman, has just scooped another international music award. Adding to his global accolades is a bronze medal awarded to him by the prestigious Global Music Awards, on March 24.
The Global Music Awards celebrate independent musicians and awards the bestselling recording artists and emerging artists. The song Come Alive landed him the bronze medal in the adult contemporary/pop category. The song was composed by Opperman, recorded and coproduced by himself and fellow local musician and friend, Wayne Greenstone, in 2014 in Knysna.
“I am 56 years old, and my biggest motivation in life is to never give up on my dreams, even though I might fail every now and again,” Opperman says. “Having never been acknowledged for my musical talent in South Africa, albeit receiving airplay on many community and online radio stations, it has been a huge honour for me to win two international music awards in a period of five years.”
Describing music as food for the soul, Opperman explains how his musical career kicked off once he recorded his first two songs, at Manley Studios, Pretoria in 2000 and started receiving airplay abroad on many online stations.
“In 2010, I recorded a full album called Diary at Peace of Eden Recording Studios in Knysna,” continues Opperman.
“Having won the Best New Artist award on Pirate Radio of the Treasure Coast in Florida, USA (2011 Rockstar and Music Treasure Hunt Show), made me hungry to experience the same satisfaction of being acknowledged for my talent, and so I decided to enter the Global Music Awards 2017 competition.”
In 2015 he entered two of songs into a UK songwriting competition and both were awarded as commended entries, which is regarded as bordering semifinalist positions.
Last year three of his songs reached number one on South African radio stations, Wild Coast FM’s Top 20 Charts and on Coastal Radio SA.
Opperman says that the social media scene has made it easier for musicians and bands to obtain exposure over the past few years, but it takes personal commitment and hard work to promote one’s talent.
Reflecting on his journey he says, “My greatest setback was being wounded, being hit by four bullets during military service at 1 Parachute Battalion in 1980, losing 50% use of my right hand and wrist, and the loss of my right-hand ring finger. I was 19 years old at the time.”
The biggest challenge he says was to adopt a positive attitude right after the incident – “picking up my guitar and learning to play again”.
Having been a drummer before the shooting and playing with many different bands throughout his teens, his dreams of becoming a pro-drummer were cast aside.
For him, being a musician is a difficult road to follow “once you are married and work at a full-time job” and that he would love to be a full-time musician. “|I am a part-time singer, songwriter and musician and I own a property maintenance business.”
Listen to his song Runaway, below:
ARTICLE: NWABISA PONDOYI, KNYSNA-PLETT HERALD JOURNALIST
‘We bring you the latest Knysna, Garden Route news’