AirplayExpress Membership Hop On its Free Till 2017

AirplayExpress Membership Hop On Its Free Till 2017

We are so certain that you will find AirplayExpress as the best place to have your music, bio, pictures and promotions posted, that we are willing to do it for you for the rest of this year being 2016 as a free trial.  If at the end of 2016 you don’t agree with us that AirplayExpress beats all the competition hands down then you do not have to renew your 2017 membership dues .

“If After your free trail period you are not happy,  just don’t renew your 2017 Membership Dues” Frans Maritz 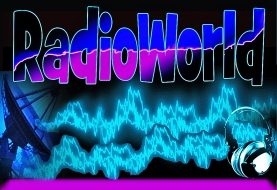 Where in the world are you going to find a company that will work for you for the remainder of this year for free? The answer is AirplayExpress. But wait there’s more….We wont ask you for your credit card info or to commit to anything. You can be assured that this offer comes without any strings attached. We cannot and will not bill you for anything unless you personally request it.

We will open your own webpage for you on AirplayExpress, make up all banners necessary and include your Bio with pictures and a mp3 player with a download button for two of your hit songs making them available for International Airplay to DJ’s and Radio Stations worldwide.

“This free offer is worth $75 as it includes not one but two, of your hit songs. The membership for including only one song is $50” Frans Maritz

You have probably paid a membership fee at one organization or another and eventually felt they took your money and you received nothing in return for your investment. If that is how you feel at the end of your free trial membership at Airplay Express, you will owe nothing.  That is how certain we are that you will want to re-new your membership for many years to come.

That’s right starting at 12 noon CST [Nashville Time] and 7pm CAT [South African Time] you can tune into Down South Country Stereo and listen to ‘The Ya Gotta Luv It Show” presented by Keith Bradford and “The Let ‘er Rip Show’ presented by Mike Bradford. These shows are brought to you by AirplayExpress’s Radio World.

DownSouth Country Stereo is a proud member of AirplayExpress RadioWorld. and we thank Ricky Schulze  their music compiler for scheduling these shows on Friday’s. ‘Ya Gotta Luv It” and “Let ‘er Rip” will air today for the second successful week in South Africa.

To tune into these fine shows on Down South Country Stereo all you need to do is click on the Radio Button to the left at 12 noon if you are in Nashville and if you are in South Africa at 7pm this evening and you will be able to enjoy the second exciting broadcast of these shows in South Africa.

If you own a radio station and want to download radio shows for your stations lineup you can register at AirplayExpress right now. Free registration is still open till June 30, 2016

LEGENDARY BEANTOWN FORCE WIND DIES OUT Former WBCN FM (104.1) Boston, MA disc jockey Mark Parenteau who is a force on the Boston airwaves for more than 20 years passes away at 66 early Friday morning, ‎June ‎3, ‎2016 after a long illness. Parenteau has one of the most successful radio careers in Boston history with a 20-year run first on the former WCOZ FM (90.5) then 19 years as afternoon-drive talent on WBCN FM. WZLX FM (100.7) ’s Carter Alan remembers: Mark was the best DJ I ever heard behind a mic.

CANADIAN TEEN IDOL LEAVES THE STAGE During the 1950s and 1960s America has Elvis Presley. Our neighbors to the north, Canada, has a Rock and Roll singer, Bobby Curtola, who becomes a teen idol. In 1966, Bobby wins an RPM Gold Leaf Award as the first Canadian to have a record album go Gold. In the early 1970s, Curtola hosts the CTV musical series, Shake, Rock and Roll. In 2011, Curtola receives a star on the Italian Walk of Fame in Toronto. On Sunday, June 5, 2016 Bobby Curtola dies at 73.

AM/FM RADIO IS STILL THE KING! According to Westwood One Insights team, Edison Research’s Q1 2016 Share of Ear data that explores the continued strength of AM/FM radio and emerging audio trends, AM/FM Radio dominates the audio landscape with mass reach and significant time spent. Despite advertiser perceptions, AM/FM radio is the king of all audio. AM/FM radio’s 52% share is 9 times bigger than Pandora and 17 times bigger than Spotify. SirusXM’s audience to their ad-supported channels is a microscopic one share.

SUZIE HAS A CRACKED TOOTH Just over a week ago I notice that Suzie’s jaw is so swollen that it hides her eye! Our vet says Suzie has a cracked tooth and it is abscessed. He prescribes a pain pill plus a huge antibiotic medication. He also gives Suzie a shot to try and reduce her pain as quickly as possible. So far, Suzie’s vet bill is $615.80! Our next scare is the cost for a specialist to remove Suzie’s tooth which may double her present vet bill. We just do not have that kind of money. Please help Suzie atRosekkkj@earthlink.net.

TRIVIA QUESTION: What is the first major record label based on the U.S. west coast? The answer appears below.

DUANE ALLEN [Lead singer Oak Ridge Boys] (Hendersonville, TN) Nice to hear from you, Jim….It’s just nice to still be out here gettin’ it…..HAHA….All the best to you and Suzie…. DUANE

BILL CHERRY [Realtor, In late 1950s Music ’til Dawn host on WWL-870] (Dallas, TX) Subject: KBOX-1480. Jim, I was looking in the public notices of the Dallas paper just a few minutes ago, and I saw this. It may or may not be of interest to you. Public Notice For KBXD (AM), Dallas, Texas On May 9, 2016 ACM JCE IV B LLC (the “Assignor”), licensee of KBXD (AM), Dallas, Texas, at 1480 kHz (the “License”), filed an application with the Federal Communications Commission to assign the License to Chris Muse, the Assignee. The sole member and manager of ACM JCE IV B LLC is JCE AM Broadcasting, LLC, whose sole member and manager is Mark Jorgenson. A copy of the application is on file for public inspection during regular business hours at North Dallas Bank Tower, 12900 Preston Road, Ste 201, Dallas, Texas 75230. Appeared in: The Dallas Morning News on 05/27/2016.

JAY WALKER [CBS Radio Dallas/KJKK FM/Infinity KTSA-550/KTFM FM/Own Jay Walker Prod/Jay Walker Competitive Audio consultant 40 Plus Years In Radio] (Dallas-McKinney, TX) Subject: On my soapbox. Jim We’ve been hearing lots of talk about so called ‘AM Revitalization’ including idiotic plans to grant AM facilities FM translators on an already stuffed FM band. The solution is simple. PROGRAMMING. AM suffers from a glut of sat-trackers running tired talk programming, foreign language, and the recent savior, sports talk. All which have fallen short of making a difference. Now I’m just a dumb disc jockey, but one of the lessons I learned 50 years ago, if you provide a format that people want to hear they WILL LISTEN. There are shining examples of stations that understand the notion. KGAF Gainsville Texas runs a LIVE, LOCAL, ENGLISH Adult format and in their county BEAT every single FM in Dallas, Ft. Worth. Outside of the county they don’t show, but in their county they are number ONE. KGAF is not what you’d call a blow torch either. They run 500 watts day and 250 watts night, but they are a WINNER without using a FM translator as a crutch. It’s too bad the major players don’t keep that in mind. Garbage is garbage no matter the modulation scheme. End of rant… My best to you and Suz, take care pardner… Jay Walker

CHUCK DUNAWAY [ex WABC-770, WKY-930, KILT-610, KLIF-1190] (Houston-Katy, TX) Subject: Beach Boys. Forgot to mention (I think) the day Carl Wilson shows up, unannounced or accompany by anyone, at the Pittsburgh station I was running and spent the entire day just hangin’ out…he called Brian who was in bed, and we did an on air interview that afternoon…wish I’d saved the many interviews etc., but no…take care…Chuck

The other morning I was studying the section of Proverbs that says: A fool shows his annoyance, but a prudent man overlooks an insult. ( Proverbs 12:16)

I said to the Lord, “You know that’s great, that’s tremendous!  That’s where I want to be, Lord.  That is  for me today.  “Within two hours after I arrived at my office, I did not ignore what I saw as an insult. I showed my annoyance immediately !

All of the good spiritual input  that we receive and input  and enjoy is put to the test as we relate to other people.  My real growth that morning did not take place. as I was reading the bible verse and thinking, “Isn’t that marvelous?”  The real growth  came from blowing it and realizing I had really  blown it  No good!

Lord forgive me. Wrong way! Bring me another test and help me respond properly. That is growth.