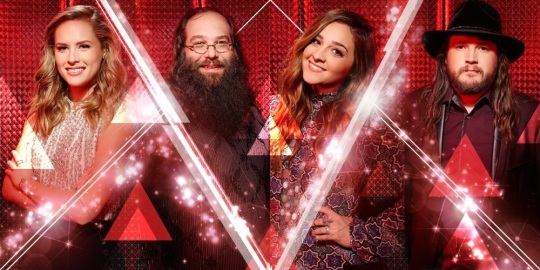 The finale of  “The Voice” last night included a whole bunch of star-studded performances including Alison Krauss performing “Willin”, Little Big Town with ‘One Of Those Days”, Jennifer Nettles  “Unlove You’ and Blake Shelton with his not so friendly kids tune, “She’s Got A Way With Words”. The audience loved the show, did you?

Tune In Now Not To Miss Chrissie Rossouw AE Top20

AirplayExpress Top 20 With Chrissie Rossouw Debuts Within The Hour 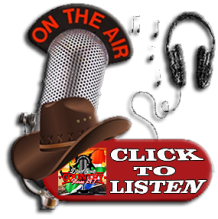 Be part of history as you tune into AirplayExpress’s first ever Top 20 radio show hosted by Chrissie Rossouw on Down South Country Stereo Today 12 Noon [CST] Nashville Time and 7PM [CAT] South African time. Yes Chrissie will be counting down this weeks exciting Top 20 for the first time ever as it finds its way across the world on the Internet tomorrow. She has also committed to being the presenter of this show and making sure it will be available to air weekly on AirplayExpress for download to all radio stations worldwide.

The really good news is that Down South Country Stereo has given the Top 20 a permanent time slot on Thursdays at 12 noon [CST] 7pm[CAT]. There are more stations coming onboard and NBRN.FM Nashville has also given AirplayExpress a fixed time slot for this program every Saturday, but we will post more about that later as more radio stations are preparing to air the Top 20. It is also to be noted that Down South Country has and is currently also airing other AirplayExpress’s Radioworld shows available to radio stations worldwide on their radio network. They are running the AirplayExpress One Hour Special’s, The Music City Ghost Show and starting on June 1st the new show from Nashville which features all the big names in country, featured in live shows, called “The Vault” 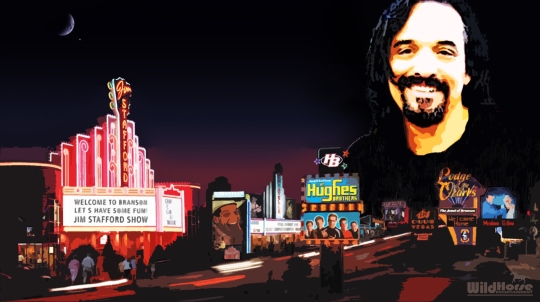 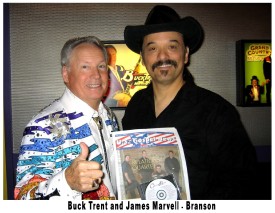 He has been blessed to be on the ground floor of many musical trends. Did you know, Marvell was a member of the late 60s Warner Brothers’ band Mercy who recorded the solid gold classic, “Love Can Make You Happy”?  Historically, Mercy topped Billboard, Cashbox and RecordWorld’s Top 10 with Elvis, Sinatra and the Beatles in 1969. In the early 70s, Marvell and Mercy band member Buddy Good headed to Nashville with a mission to bring good clean country music and anti-drug messages to country fans and it’s youth. James and Buddy formed The Country Cavaleers, a unique MGM duo who turned heads in country music with their long hair half way down their backs but singing pure country music. In 1971 CMA said: “The Cavaleers have scored a First in the world of Country Music.” See Youtube  video – https://www.youtube.com/watch?v=CbtqIASyrS8

The 80s took James Marvell into jewelry designing. He created some of the most collectible turquoise jewelry of that day. He designed  the famous Johnny Cash, June Carter, Bill Monroe and Willie Nelson turquoise collections which were purchased by thousands of country fans worldwide. Marvell then set his sites on Christian Country Gospel Music and Branson Missouri when Willie Nelson opened a door for him in 1992 at his Willie Nelson Ozark Theater. The Johnny Minick Family, a well known gospel group would come to Willie’s Theater to hold their weekly worship and preaching services along with great music. Minick saw Marvell as a very enthusiastic and sincere entertainer who truly cared about the ministry and approached him to be a part of the program. 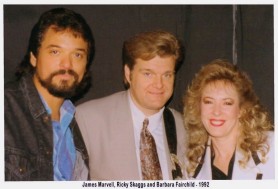 It had to be the Lord because Marvell immediately caught the vision and promised the Minicks he would do anything possible to help promote the important weekly event. Marvell was led to utilize every opportunity in the theater given to him by Willie and his contacts around Branson to makesure that Minick had a crowd. What started as a weekly gathering of 15 or 20 grew quickly into capacity crowds at Willie’s 1,500 seat Theater. The media caught Marvell’s enthusiasm donating large promotional articles every week about the new Branson Gospel Services. 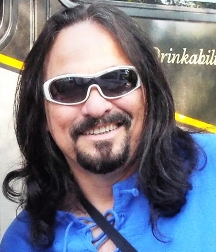 Later, Barbara Fairchild joined in and promoted it from the Mel Tillis Theater across town where she performed. The news exploded and the Fire Marshall had to turn folks away because of capacity crowds! The rest is now history concerning those early days of Theater Worship in Branson Missouri.

This was one of the most memorable times in Marvell’s career because of his love for Branson Missouri, it’s people and friends he made there.

Around 2004 James came back to Branson to be a special guest  on The Jim Owen Show. Owen pitched one of his great songs to Marvell titled “I Prayed and I Prayed”. Fellow Branson stars like Randy Plummer, Buck Trent and others cheered Marvell on when the song went to #1 in Country Gospel making it the first #1 hit to ever come out of Branson, Missouri!

At this the hearts of the people melted in fear and became like water. Joshua 7:5

Even the most seasoned believers experience failure and the big question at such times isn’t, ‘How could I have let that happen?’ but, ‘What’s the right way to deal with it?’ Indulging in self-condemning thoughts comes naturally to us, but it does no good. It just produces discouragement, and adds failure upon failure. As a result of Achan’s sin, Israel was defeated at Ai and fled before their enemies. Like us, in response to their defeat, ‘…the hearts of the people melted, and became like water.’ Their faith forsook them, and ‘…all spirit [was] knocked out of them’ (v. 5). Even their leader Joshua ‘…fell on his face…’ (v. 6), despairing that things could only get worse! Have you been there? Do you recognize the pattern? Defeat, discouragement, despair, and more defeat. What was God’s response? ‘Get up. Why are you groveling? Israel has sinned…So get started. Purify the people…’ (vv. 10-13). He’s a God of repentance—not wallowing in remorse; a God of getting up—not lying down in failure! Holiness is a path, not a place. When you’re off the path, God’s plan is simple—get back on it immediately. Confess your sin (1 John 1:9). By faith accept God’s mercy and forgiveness. And refuse Satan’s condemnation (Romans 8:1). ‘…Forgetting those things which are behind…press toward the goal…’ (Philippians 3:13-14). Like a child learning to walk, when you fall don’t lie down and give up. Minimize your down-time—get back up and walk again. Remember this: the moment that brings the awareness of sin should also bring the confession of sin and the assurance of forgiveness!

Help me get up when I fail and seek Your forgiveness and move forward knowing that You are there with and for me.