Just a week after the release of their critically acclaimed new album Never Enders, Lonestar has released the music video for the title track and current single exclusively on THE BOOT. Impacting Country radio now, NEVER ENDERS was penned by Richie McDonald, Deans Sams and songwriting veteran Marv Green- who was a co-writer on the band’s mega-hit “Amazed.”

The boys headed just south of Nashville for the music video shoot where they transformed the Shelbyville Municipal Airport’s runway into a set. Performance scenes were shot directly on the runway with Luminary Creative’s video director Jacob Moyer at the helm.

Never Ender’s celebrates the groups past 24 years of success while optimistically looking ahead to whatever the future may bring. In a recent interview with The Rowdy, Michael Britt says: “Never Enders touches on a lot of emotions and brings them to surface. It’s about not giving up and moving forward.”

– Posted by Country Girl Everything Country

Do You Get Burgers Like These In Your Woods?

Do You Get Burgers Like These In Your Woods?

Burgers! Everyone’s an expert these days. And everyone’s got their fave. Well, we reckon there’s room for more than one. Here are some absolute whoppers for you to get your chops around and really gain an educated opinion on this very important topic! 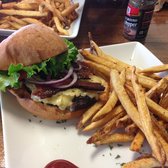 “So this place has a wide spread menu that covers a variety of burger types: beef, chicken, salmon, turkey, and veggie! Also you have the availability to create your own too… Fresh, delicious and fantastic service.”
Tica S., Orlando, FL 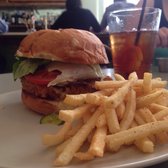 “Anytime I crave a burger, I always stop by this place since it’s near my house. Their Strand Burger is probably one of the best things you’ll put in your mouth.”
Michael C., Orlando, FL

“The burger I had was the Whiskey and it was incredible. Seriously, get this burger. Shoot, get two! The patty was perfectly prepared, the bacon not too crispy or wobbly, the lettuce was not the cheap iceberg stuff: it was dark, tasty, and leafy.”
Vanessa L., Orlando, FL

An estimated 10,000 Keith Urban fans flooded the streets of downtown Nashville yesterday afternoon to help him celebrate the release of his new album, “Ripcord,” which was released on Friday.

Urban kicked off the free lunchtime concert at Bridgestone Plaza with the lead track off the album, called “Gone Tomorrow” which showcased his ganjo skills. The show was a blend of new songs off the album and previous hits like “Long Hot Summer.”

One lucky fan from Clarksville even got to take the stage with Urban, as she celebrated her 20th birthday. Were you there, too? What was your favorite moment of the show?

“In all these things we are more than conquerors through him who loved us. For I am convinced that neither death nor life, neither angels nor demons, neither the present nor the future, nor any powers, neither height nor depth, nor anything else in all creation, will be able to separate us from the love of God that is in Christ Jesus our Lord.” Romans 8:37-39

Dr. Seuss wrote a book which is often given out to high school graduates. It is called, Oh the Places You’ll Go. It begins with the exciting thought that this is your day, and you are off to great places. He writes, “You have brains in your head. You have feet in your shoes. You can steer yourself in any direction you choose.”

Think about the different places we go in our lives. Perhaps college, a new job, a new home, a backpacking trip around Europe, a mission trip, work within the community, etc. There are many great experiences God allows us to have. But there are also tough ones. Dr. Seuss writes, “All alone whether you like it or not. Alone will be something you’ll be quite a lot. And when you’re alone there’s a very good chance you’ll meet things that scare you right out of your pants.” Although Dr. Seuss is right that we will encounter things that will scare us, we know that we are never alone because we have the love of God with us.

After Moses died, the Lord appointed Joshua to lead the Israelites into the Promised Land. That would definitely rank high on the “Oh the Places You’ll Go” list. The Lord told Joshua to be strong and courageous because the Lord would be with him wherever he went. The Lord tells him not to be discouraged, and to always keep the word on his lips. Joshua was never to turn away from Him. With obedience in God, Joshua showed his faith in the Lord. It was a difficult time for the Israelites as they entered new territory and conquered the land. But through all of this, God never left them. In all of the places we will go, God will never leave us either. Whether it is a new job, a new school, an adventure across the United States, God is with us, and nothing can separate us from Him. The Spirit has brought us to God, who adopted us as His children. Our Father never abandons us. In Mathew 10, we see the disciples going out to proclaim the good news. God promises to be with them, for there will be people who will be against them. As Christians, there will be people against our faith, and there will be sin trying to bring us down and make us feel alone. But we never have to fear being alone because God’s love is with us wherever we go. His word gives us strength while His Spirit helps us when we are weak. He knows our hearts and hears our prayers. God uses us for His purpose, and nothing can separate us from Him. Joshua and the Israelites, the disciples, and us have God’s love, therefore we are never alone. With brains in our heads and feet in our shoes, we are never alone because God’s love brings the good news.

Thank You for the places we go in our lives. Though some are not as easy as others,

we are comforted knowing You are with US!