God Fearing People All Know Christians Like This Woman

The light turned yellow, just in front of him. He did the right thing and stopped at the crosswalk, even though he could have beaten the red light by accelerating through the intersection.

The tailgating woman behind him was furious and honked her horn, screaming in frustration, as she missed her chance to get through the intersection. As she was still in mid-rant, she heard a tap on her window and looked up into the face of a very serious police officer. The officer ordered her to exit her car with her hands up. He took her to the police station where she was searched, fingerprinted, photographed and placed in a holding cell. After a couple of hours, a policeman approached the cell and opened the door. She was escorted back to the booking desk where the arresting officer was waiting with her personal effects.

He said, ”I’m very sorry for this mistake. You see, I pulled up behind your car while you were blowing your horn, giving the guy in front of you the finger and cursing at him. I noticed the ‘What Would Jesus Do’ bumper sticker, the ‘Follow Me to Sunday-School’ bumper sticker, and the chrome-plated Christian fish emblem on the trunk, so naturally ……..I assumed you had stolen the car.”

– Email Outpost: This is what gives real God fearing people a bad name for we all have Christian friends as the one above.

EARTH, WIND AND FIRE SHATTERS In 1969, Maurice White founds Earth, Wind & Fire in Chicago, IL along with Philip Bailey, Verdine White, Ralph Johnson, Larry Dunn, Al McKay and Andrew Woolfolk. The band receives 20 Grammy nominations. They win six as a group and two of its members, Maurice White and Philip Bailey win separate individual awards. In the 1970s, he co-writes and co-produces The Emotions’ #1 hit Best of My Love. On Wednesday, ‎February 3, ‎2016 Maurice White dies at 74 from Parkinson’s Disease,

TRIVIA QUESTION: What U.S. President signs the FCC into law? The answer appears below.

DAVE MICHAELS [former WSAI-1360/KONO-860/KBUC FM] (Dayton-Huber Heights, OH) Subject: Wolf Chili. I have tasted that brand of Chili from Kroger’s. it was OK I make my own Chili. when I lived in San Antone I went to the Chili Cook-Offs in the summer time ( I was a judge while at KBUC ) me, Tom Allison, Tom East, Don White, Bubba Redding…back in 1980-81. So I tasted many good Chilis’ – some hot some not too much. No Beans in Texas chili – you know, and if you’re going to play in Texas you gotta have a fiddle in the band. Ha ha – Good Memories. Then I went across the street to KONO. Dave

JIM (Catfish) PREWITT [ex KLIF-1190] (Bedford-Dallas, TX) Hey bud, you can print this if you want. I am totally stunned by the passing of my dear friend and colleague Bob Schuman. We worked together at KLIF (1190) back in the 70s. One of the most talented newscasters the radio industry has seen in a long time. He will be missed! Condolences and prayers to his wife of over 45 years and family. RIP my friend. I will miss you. Jim Prewitt (catfish) Bedford, TX=

BOB GRANT [Robert Hanger – East Coast radio icon] (San Angelo-Abilene, TX) Subject: obits. Jim: You definitely need to write a book. If the other DJs can do it, so can you. Just autograph my copy when I am first in line! BTW, you must change coffee stops; my “Senior” Coffee here costs 45-cents! BOB & Sonny Lee.

JIM BELL [KUHF FM 88.7 Morning Edition anchor since 1997-retires 2010] (Lufkin TX) Subject: Bob Presley. I’m really saddened to learn of Bob Presley’s passing. Yes he is best remembered for his years at KILT, but he was also at KPRC Radio for a few years in the late 60s and early 70s. He was there when I went to work there in 1969 when it was on S. Post Oak, and he made the move to KPRC’s fancy new studios on the SW Fwy in 1972. He left sometime around 1974, and I don’t know why he left, but I’m guessing it was to go back to KILT as sales manager. He did one of the midday shifts as I recall, and he really was one of the nicest and most amiable people I ever met in my 45 years in the radio biz. Jim Bell Lufkin TX

JOE FORD [KLDE FM, KNUZ-1230, KILT-610] (Spring-Houston, TX) Subject: Bob Presley. RIP, Bob. What a great guy and a superb jock. When I first came to Houston, I marveled at the smooth presentation of the guy on KILT from Noon-3 everyday. The guy was Bob Presley. Truly one of the folks that made KILT a powerhouse. I had the pleasure of working with him during my time at KILT (1976-1980) and was impressed with his humble attitude and amazing work ethic. Joe Ford KNUZ, KILT, KIKK, KENR, KRBE, KFMK, KLDE Tx Radio Hall Of Fame-2003

LIZ PATRANELLA [Liz Houston – KTSA-550, KBAT-680] (Austin, TX) Subject: Save The Date – April Luncheon. Please make a note on your calendars. Next luncheon and gathering of the Society of San Antonio Radio Broadcasters will be: Friday, April 15, Noon Chester’s Hamburgers Loop 410 Save The Date! More info to follow. Liz

DOUGLAS ADAMS (March 11, 1952 to May 11, 2001) When people you greatly admire appear to be thinking deep thoughts, they probably are thinking about lunch.

Willie Nelson Releases “Someone To Watch Over Me” 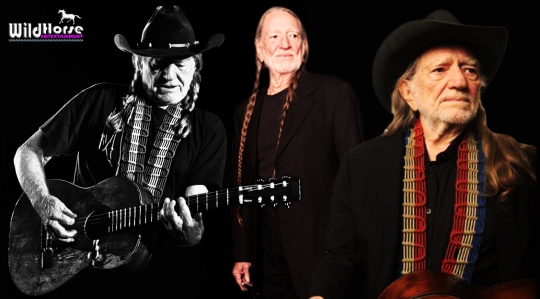 Willie Nelson’s “Someone To Watch Over Me” Music Video

Be joyful in hope. Sometimes the circumstances of your life (and the condition of this world) make it difficult for you to be joyful. When you’re searching for Joy, where do you turn? One of the best places to find true Joy is in hope. I want you to know the hope to which I have called you-the riches of My glorious inheritance. Since you are a co-heir with Me, this blessing is definitely for you. When present circumstances are weighing you down, grasp onto hope for dear life! It will help you not only to survive but to thrive-to live joyously.

In some ways, hope is like a hot-air balloon. It is very buoyant, so it can lift you up above your troubles. It enables you to soar in the heavens with Me-helping you see things from a heightened, big-picture perspective. To embark on this heavenly journey, you must climb into the basket beneath the balloon-by trusting fully that your hope in Me will not let you down. There is surely a future hope for you, and your hope will not be cut off.

Be joyful in hope, patient in affliction, faithful in prayer. -Romans 12:12 [May God] give you the Spirit of wisdom and of revelation in the knowledge of him, having the eyes of your hearts enlightened, that you may know what is the hope to which he has called you, what are the riches of his glorious inheritance in the saints. -Ephesians 1:17-18 esv

There is surely a future hope for you, and your hope will not be cut off. -Proverbs 23:18