The Shocking Truth About Racism by Juju Mkize 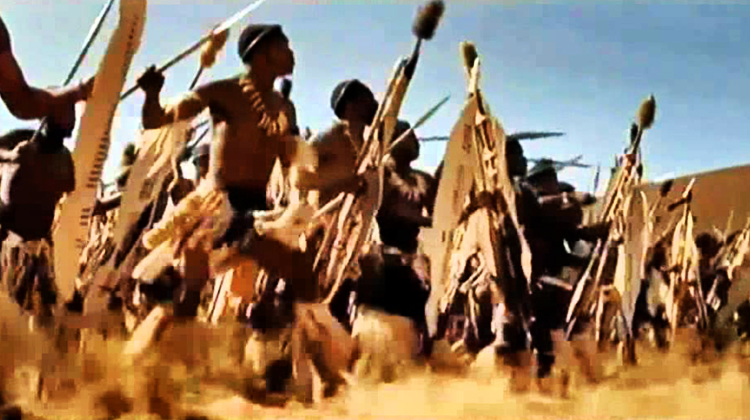 How Can We Believe You Mr President

“South Africans are psychologically sick as a result of violence

inflicted upon the majority of the country’s people

This lie is getting really old!

The history of black South Africans has always been that of violence, death and destruction – NOT inflicted upon them by white people in this country. Shaka Zulu, during his 10-year reign butchered more than 2 million black people in South Africa, not counting the deaths during mass tribal migrations to escape his armies. He had his warriors clubbed to death upon the merest sign of weakness. He neither took a legal wife nor fathered a son, for fear that his heir would plot against him, and had his concubines executed if he discovered they were pregnant. When his mother died, he massacred thousands of his subjects so their families would mourn along with him. Shaka retained his throne through the worst kind of sheer terror, vast mass executions, torture and mindless butchery. His brother, Dingane, was no better. He took power after the assassination of Shaka and started his reign by butchering those loyal to Shaka.That,amongst many other horror stories of black-on-black violence, is the history of Black South Africa. 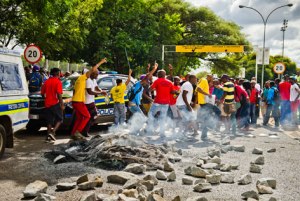 During the Apartheid years it was not better. Factional fighting and tribal conflict was again the main cause of violence and death amongst black South Africans. During the Apartheid era, from 1948 to 1994, the average life expectancy of black South Africans had risen to 64 years, on par with Europe’s average life expectancy. Infant death rates had by been reduced from 174 to 55 infant deaths per thousand, higher than Europe’s, but considerably lower than the rest of the African continent’s. The African population in South Africa increased by 50%.

Deaths due to political violence during apartheid: 21 000 people died in political violence in South Africa during apartheid of whom 14 000 died during the transition process from 1990 to 1994. This includes SA Defence Force actions, for instance the 600 deaths at Kassinga in Angola during the war in 1978. Of those deaths, the vast majority, 92%, have been primarily due to Africans killing Africans, such as the inter-tribal battles for territory. During the period June 1990 to July 1993 a total of 8580 (92%) of the 9 325 violent deaths during the period June 1990 to July 1993 were caused by Africans killing Africans, or as the news media often calls it, “Black on Black” violence – hostel killings, Inkatha Freedom Party versus ANC killings and taxi and turf war violence. 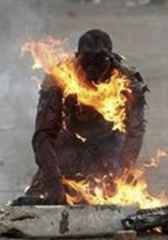 The security forces caused 518 deaths (5.6%) throughout this period. During the transitional period, the primary causes of deaths were not security forces nor white right-wing violence against blacks, but due to “black-on-black necklace murders”, tribal conflict between the ANC-IFP, bombs by the ANC and PAC’s military wings in shopping centers, landmines on farm roads, etc.

In this country TODAY (under black rule) as many as 18 000 people are murdered EVERY year. …and those are the official statistics. More than 400 000 people have been murdered in South Africa under ANC rule.

The past 20 years have been the most violent in the history of this country since the death of Shaka Zulu…and NONE of it has anything to do with WHITE people or APARTHEID… but I guess if you repeat the lie often enough foreigners actually start believing the drivel coming from your mouth, Mr. Uneducated President !!!”

Unfortunately people from all over the world believe the lies you have spread and wrongly blame the Whites for Racism!!

184 thoughts on “The Shocking Truth About Racism by Juju Mkize”