Discovery #12 welcomes “Mike Contoni” on Board 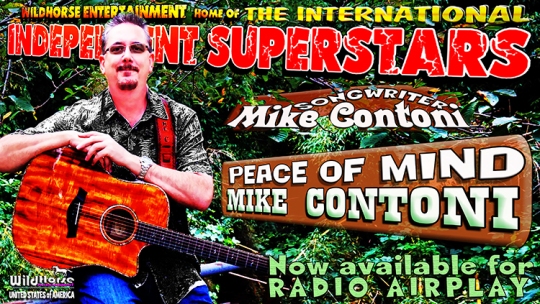 Country Discovery #12 Welcomes the Latest VIP guest On Board

This is our next exciting leg of our Voyage aboard Worldwide Country Discovery #12 as we seek out friendly Disk Jockeys worldwide. The Captain of Discovery #12 respectfully asks that all Disc Jockey’s would consider downloading and adding the following new Hits songs to their radio playlists for airing on their exciting radio shows.

Worldwide Country Discovery Twelve Presents “Mike Contoni” Stardate November 15, 2015: Independent Country Superstar, ‘Mike Contoni’  just released another Country Music single to radio, written and performed by Mike. This new single  is sure to keep his many fans worldwide very happy. Mike is still doing extremely well on the Independent charts with his previous hit Single released on Discovery #11, “Wild Nights” and now Mike has joined us on this new adventure so that he can be assured that he does all he can to get his latest single, “Peace Of Mind” to disc jockeys worldwide for airplay on their great radio shows and radio stations.

Worldwide Country Discovery Twelve Presents “Dan Schafer” Stardate November 14, 2015: Independent Superstar Hall Of Fame member, ‘Dan Schafer”  releases a brand new single to radio written by, Barbara Blevins, Keith Bradford and Dan Schafer. This new song sounds a lot like it could have been a new Creedence Clearwater revival hit and is sure to be a hit with all who hear this catchy Country Rock tune. Barbara, Keith and Dan are keeping their fingers crossed that Disc Jockeys worldwide will run with this catchy country song and make some more of their dreams come true.

Worldwide Country Discovery Twelve Presents “Keith Bradford” Stardate November 13, 2015: Independent Superstar Hall Of Fame member, ‘Keith Bradford”  and his songwriting partner, “Roger Glenn Miller” joins us on this our latest adventure on our Discovery Voyages. The Captain and crew welcome Keith and Roger on board as they join us with their latest songwriting collaboration, “Where Will I Sleep”. Keith is enjoying  much success at the moment and is a favorite among the DJ’s worldwide as his songs are always airplay friendly. Keith and Roger are hoping that the DJ’s will  find this song worthy of their playlists.

Worldwide Country Discovery Twelve Presents “Larry M.Clark” Stardate November 12, 2015: Independent Superstar Hall Of Fame member, Larry M Clark joins us once again on this our latest adventure on our Discovery Voyages. The Captain and crew are really pleased to welcome Larry on board as he joins us with his brand new  self-penned single, “I May Never Get To Heaven”. Larry is enjoying  much success at the moment as he has become a favorite among the DJ’s worldwide as his songs are getting a lot of airplay. Larry is hoping that the DJ’s will also find this song a special place on their amazing playlists

The Captain of Discovery #12 as always thanks all Disc Jockeys and Radio Stations in advance for considering these songs for playlisting on their radio shows or stations.

If you are an Independent Artist and want to book a seat on any of our Discovery Voyages, seeking out DJ’s who would be kind enough to add your songs to their Playlists then you can contact us anytime at whisnews21@aol.com. We always have a VIP package deal and a really good window seat available for you on our Discovery Voyages.

MIKE CONTONI NOW ON BOARD DISCOVERY #12

whisnews21@aol.com we have so much to offer you on this Voyage

Discovery Voyages now part of history proudly displayed in our Hall of Voyages for all future generations of Independent Artists to see. 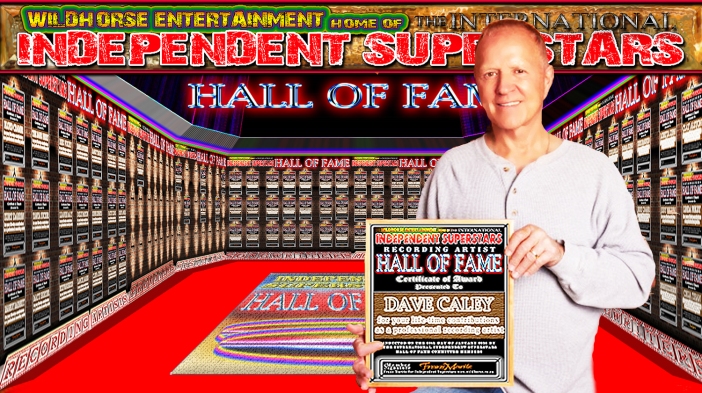 Dave Caley has been inducted into the Independent Superstars “Recording Artists” Hall of Fame. Frans Maritz (Wildhorse Entertainment) signed the official certificate placing Dave into this prestigious organization located in South Africa. Dave has the distinct honor of being inducted into the IDSS Hall of Fame for his life-time contribution to the Independent Music Industry as a Recording Artist. Dave is seen holding his award below in the animated Hall Of Fame, confirming his induction into the HALL OF FAME. “ Frans you keep doing what you have been doing it’s a pleasure working with you , thank You so much this award is a great honor” Dave Caley 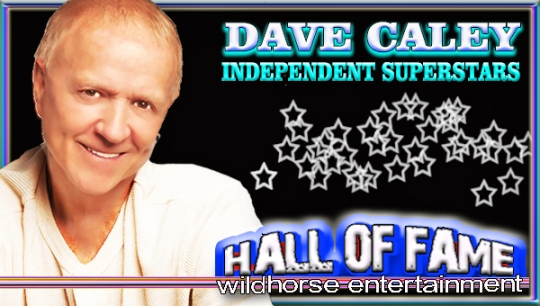 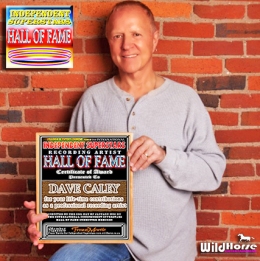 Dave started his career as a musician performing in a Bluegrass band. Over the years, Dave’s career has grown not only in the United States, but in Europe as well. His musical talent shines through in his unique voice and his extraordinary fiddle playing. Dave has performed with many famous country music stars, including Vince Gill, Pam Tillis, Brad Paisley, Johnny Paycheck and Tammy Wynette along with all his many CD’s that he has recorded. Dave has filmed dozens music videos over the years, and he was the first artist ever to film a video backstage at the Grand Ole Opry “God’s Grand Ole Opry” which is still a huge fan favorite. It was filmed in Nashville at various country music venues, and it has the flair of days gone by, with stills of departed Grand Ole Opry legends. Dave has also headlined shows with the classic rock bands Rare Earth and The Classics Four. Ex Vice President Dan Quayle also had the privilege of seeing Dave perform. Dave Caley realized a long time ago that doing things his own way would be the best road to take. “You can’t worry about what all the record labels think about. I’m not going to get signed to a major label because I don’t want one, to be honest with you. It’s just a big hassle. As an Independent I can do what I want, send my music where I want.” Mentioning Dave Caley to country music fans you will hear them tell you this about the Independent Superstar and Hall Of Fame Member Dave Caley, He’s got a heart of gold, he’s pure country and he plays a mean country fiddle. They’ll also remind you that he doesn’t appear anywhere without his friendly attitude. Judging by the number of new fans Dave attracts every year, it’s no wonder Dave Caley has become one of the hottest stars on the country scene. Just to prove that Dave recently had a #1 on the Independent Superstars Country Top 30 in March 2015, with his  hit single, “Let It Roll.”  This is also not Dave’s first time around as a Hall Of Fame member he was also inducted into the Michigan Country Music Hall Of Fame back in 2005 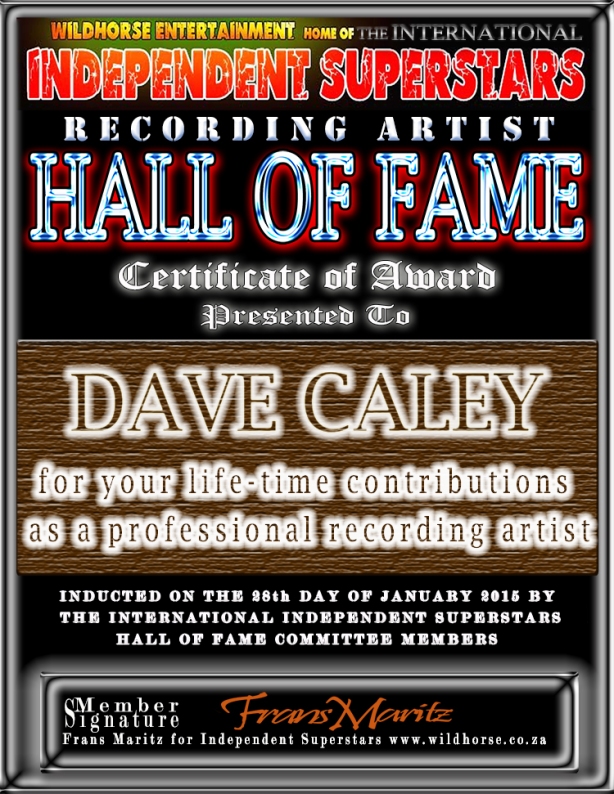 The Risk and Return

Cast your bread upon the waters, for after many days you will find it again. Ecclesiastes 11:1

The Bible says, ‘Cast your bread upon the waters, for after many days you will find it again.’ Notice two things in this Scripture: 1) The risk requires faith. At first this verse doesn’t make sense. When you ‘cast your bread upon the waters’, the best you can hope to get back is mushy, waterlogged bread. Its meaning becomes clearer, however, when you realize it was written in a culture where seafood was the basis of trade and economic survival. Throwing bread into the water attracted fish, which you could then catch. There are important spiritual principles at work in this Scripture. For example, catching fish depends on the current flowing in the right direction, the sun, the moon and other elements only God can control. But when you do your part, God promises to do His.

George Müller said, ‘Faith does not operate in the realm of the possible. There is no glory for God in that which is humanly possible. Faith begins where man’s power ends.’ 2) The return requires patience. ‘After many days you will find it again.’ You ask, ‘When will it happen?’ When God is ready, when He knows you are ready, and when it all fits into His plan. The Bible tells us to ‘imitate those who through faith and patience inherit what has been promised’ (Hebrews 6:12).

Prayer
Heavenly Father, I know that if you do not invest you cannot expect a return. You have invested in me – help me invest in You so that You can accomplish the good works You have prepared in advance for me to do. In Jesus’ Name, Amen