TEXAS RADIO VOICE SILENCES A former Dallas, TX and Oklahoma radio voice on WKY-930 and KRLD-1080, Tony Williams, who also dabbles in speech writing for AT&T and political candidates passes away from cancer on Thursday, October 22, 2015 in his home in Dallas suburb of Richardson, TX. Tony gets his start in radio on KLEC-800 Oklahoma City. He attends University of Oklahoma and University of Central Oklahoma. For several years Tony and I discuss radio events, plus trivia. We miss Tony Williams’ input and friendship.

NO MORE LAW AND ORDER Previous District Attorney Arthur Branch on hit television series Law & Order, Fred Thompson’s media career also includes a brief time in Talk radio on the ABC Radio Network that ends with his run for GOP President. Former United States Senator (R-TN), television and film actor Fred Dalton Thompson dies at 73 from cancer. We have a final chance to watch Thompson’s acting in a role in the Christian film God’s Not Dead 2, a sequel to the hit movie in theaters on April 1, 2016.

MSNBC PRESIDENTIAL DEBATE CAUSES DISSENSION Wednesday evening’s CNBC Presidential debate upsets the Republican National Committee and the candidates by what they say is the combative tone of the questions, which do not focus on the economy. On Tuesday, November 10, 2015 the Fox Business Network hosts the next Presidential debate Live from Milwaukee Theatre which gives 90 seconds time to respond to questions in their initial answer and a 60-second rebuttal.

LONG TIME FARM REPORTER HAS SURGERY After his 55th year on the air on WGN-720 in the Windy City, Radio Hall of Fame member Orion Samuelson has recent heart surgery. The legendary 81 year old agriculture-business reporter on Tribune Media News/Talk WGN-720, surgery at the University of Chicago Medical Center is to repair or replace a leaky heart valve. On December 9, 2010 the city of Chicago names the southwest corner of East Illinois Street & North Cityfront Plaza Drive, Orion Samuelson Way.

TRIVIA QUESTION: What is the first radio station to broadcast the US presidential election returns? The answer appears below.

TOM ELLIS [Veteran WABC TV NYC, WBZ TV Boston, MA & KONO-860/KONO TV news anchor] (Boston-Cape Cod-East Sandwich, MA) Hi, Jim and Suzie, Cancer’s the curse of old radio heads…most of whom smoked, and many of whom never worked out or did much physical activity, and sat endless hours at a microphone in tiny studios with foul air, ate on the fly and mostly not healthy food, etc. This old news hound always was a jock…always worked out and did a lotta other heavy physical stuff like landscaping, which is my other passion, and always was very careful to eat a healthy diet. If you keep having birthdays you’re gonna catch up with me one day. I turned 83 in September. Wish I were 20 something again. Tom

TONY WILLIAMS [ex WKY-930/KRLD-1080] (Dallas-Richardson, TX) Thank you Jim. The Roses … I like that a lot … I always thought “Rescue Me” was a great song. I was not a great jock like many, but I did seem to know when a song had … something. Sometimes intangible. True story. Jim Prewitt when he was at KLUV said Ron Chapman hated … hated … “Rescue Me”. Well, to each his own. But I clearly remember in the 1970, a guy at an FM station declared that they would beat WKY one day. I thought he was raving mad. AM beat FM? Come on. I told someone that story, and he replied, “Well, I thought the Beatles were a fad.” It does seem like a lot of greats are in musical heaven this year. Well, at least I hope they are there and not the other place.

CHUCK DUNAWAY [ex WABC-770, WKY-930, KILT-610, KLIF-1190] (Houston-Katy, TX) Subject: my wife. Halloween night and my precious wife was in all her glory…her witches hat on her head passing out candy to the little trick or treaters…she really enjoys Halloween night and I love her for it. Anything that brings my wife joy brings me happiness…she is a real treasure. I know all husbands feel that way about their wives. I just had to put it in writing…have a nice Halloween and day after…love to all. Chucky

TRIVIA ANSWER: On November 2, 1920, KDKA-1020 broadcasts the US presidential election returns from a shack on the roof of the Westinghouse Electric Company East Pittsburgh Works K Building in Turtle Creek, PA. Four people operate that first broadcast: Engineer William Thomas; telephone line operator John Frazier; R.S. McClelland, a standby and Leo Rosenberg, who becomes radio’s first announcer. The election results broadcast to about 1,000 listeners who learn through this incredible new medium that Warren Harding beats James Cox in the race for the Oval Office. Listeners hear the legendary KDKA-1020 broadcast as far away as Canada.

LESLIE WAYNE HODGES [ex KRCS DJ] (Lake Livingston, TX) Jim, like your poetry In motion. Are you keeping up with KTRK’s continuous coverage? No Ed Brandon, Don Nelson, Doug Brown to keep us secured from all alarms. Leslie Wayne Hodges

In case you haven’t heard, reps have confirmed that Blake Shelton and fellow coach on “The Voice” Gwen Stefani are indeed dating, and we couldn’t be anymore weirded out by it.

Gwen and Blake are longtime friends who have very recently started dating,” Stefani’s spokesperson, who would not comment further, tells Us.

The two are recently divorced and have their butts parked next to each other on their rotating chairs, so I guess naturally it only makes sense that they start dating… right? I dunno. I’m trying to imagine Gwen shoveling cow crap on a farm, and I just can’t picture it. I also can’t picture Blake trading his garden and deer stand for a concrete jungle. Who’s with me?

MCG: Vegas Where Talent Is Just a Side Show 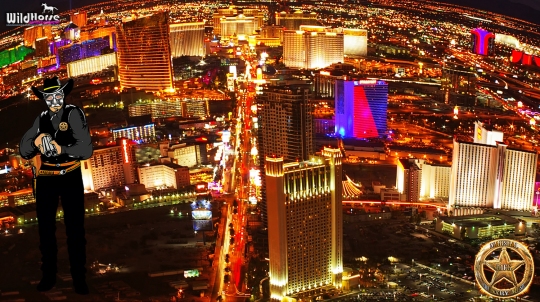 MCG: Vegas Where Talent Is Just a Side Show

Casino Was Losing Money Because The Stage Show Was Too Entertaining

The Music City Ghost [File #78] 2015: My friend who was a Country Music singer had a band and their life time dream was to some day be good enough to be able to play Las Vegas.  They were already local celebrities but they had bigger dreams in their heads.  One of the band members was an excellent comedian and the banter and skits he did back and forth with my friend was very entertaining and broke up the monotony of just singing one song after another.  It just so happened one Summer this local band opened up for a Big Country Music Star and that celebrity made a phone call and got my friend and his band a shot at a casino in Las Vegas.  They showed up in full matching stage clothes and were at the top of the game on opening night.  The audience loved them and roared with laughter at the comedy skits.  At the end of the second night the “Pit Man” a name that refers to the man that oversees the entertainment, came up to my friend and said, “Tell your bass guitar player to ditch the comedy or he can go home.”  My friend was devastated at the demand the boss was making.  He went on to say the comedy skits were too entertaining and was dragging the people off the slot machines and various gaming tables in order to go watch the show.  The casino was losing money because the stage show was Too Entertaining.  You see it is imperative that you be very good at what you do to play in Las Vegas however just don’t be Too Good or worse yet don’t be Fantastic at what you do.

“Father, if you are willing, take this cup from me;

If your goal is to be used by God, don’t be surprised when He permits seasons of adversity and brokenness. Jesus experienced it, and He said, ‘A servant is not greater than his master’ (John 15:20). One Bible teacher points out:‘God’s intent isn’t to hurt us, but to expand our capacity to carry His love to a world in need of compassion…Sorrow clarifies our thinking. In the school of Christ, brokenness is a good thing. It’s impossible to become intimate with God unless we’re broken of independence, pride and our insistence that our way is better than God’s. Brokenness is the last stop before we finally confess, ‘‘I can’t; God can.’’ It’s Paul confessing, ‘‘What a wretched man I am. Who will rescue me from this body of death?’’ (Romans 7:24). It’s the Prodigal fighting with the pigs over food (Luke 15:11-32). It’s Joseph, still in prison, forgotten by the cupbearer (Genesis 40:23). It’s Jonah in the whale’s belly confessing the consequences of running from God (Jonah 2:1-9). It’s Peter weeping bitterly outside Jesus’ trial (Luke 22:62). It’s Jesus abandoning everything to God, praying, ‘‘Father…not My will, but Yours be done’’ (Luke 22:42)…God in His ruthless, loving pursuit will break us of pride, sin, recklessness and independence (Matthew 21:44). Like Jesus serving bread at the Last Supper, God takes us, breaks us, blesses us and uses us.’ Are you going through a season of brokenness? Be encouraged; in God’s kingdom brokenness is the path to blessing. Watchman Need put it this way: ‘To have God do His own work through us, even once, is better than a lifetime of human striving.’

thank You for allowing me to be broken so that

I can more fully do Your will and be an instrument of Your Mercy and Compassion.