Open Mic UK is a nationwide music competition which expects over 12,000 acts to enter this year. This year’s music contest auditions start in August, and will search for the UK’s best singers, singer/songwriters, rappers and vocalists.

Congratulations to Wayne Jacobs on making it through to the live shows and the Regional Finals of Open Mic UK ! This is where the competition gets serious as only a few acts in each Regional Final will progress to the Area Final and be one step away from performing at the Grand Final, so it’s essential that Wayne now starts focusing on his Regional Final performance now! Wildhorse Entertainment wishes our Independent Superstar Wayne Jacobs the very best and hope he makes it all the way to the Top Of The Mic UK

The Regional Final is Show 3 (21 and Over’s)  on Sunday 27th September at Marconi Social Club, Tydemans off Beehive Lane, Chelmsford, Essex, CM2 9FH (If using Sat Nav; CM2 9RX).   You will be required at the venue for 4.45pm for sound checks and registration, and your supporters are to turn up at 7.30pm for a 7.45pm start as per the reverse of the tickets.

The Open Mic UK music competition is “The Biggest Search for Unsigned Acts in the UK” and it’s coming to you this summer! 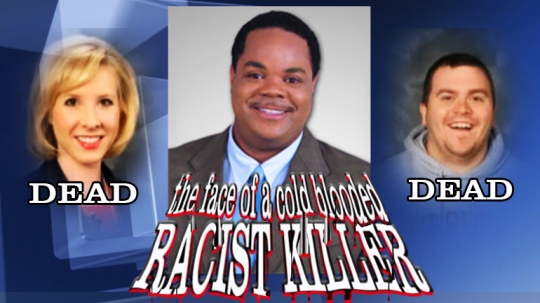 The “disgruntled employee” believed to have shot and killed two media members and wounded a third person on live television Wednesday morning has reportedly shot himself after being confronted by police along a Virginia highway. 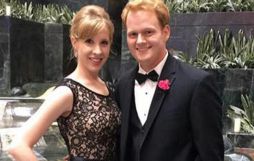 Bryce wanted world to see how he killed Alison Parker

Flanagan had previously served as a reporter for TV station WDBJ7 using the name Bryce Williams. A Twitter account purported to belong to Williams tweeted out what appeared to be first-person video of the shooting along with statements pointing to a motive. A Facebook account under Williams’ name posted a longer version of the video, and a statement was sent to ABC News by someone using Williams’ name. The Twitter and Facebook accounts have since been suspended and ABC News has turned the faxed document over to authorities.

In the Twitter video, a cell phone camera angle shows the shooter walking up to a reporter, interviewee and camera man and pointing a gun at them. The trio, in the midst of the interview, does not see the shooter approach or the pistol pointing at them. The shooter initially stops near the group and points the gun away. After a few seconds, he aims again and begins firing, first at reporter Alison Parker, who screams and runs as the video ends.

In the longer video posted to Facebook the sound of at least 14 gunshots can be heard. Nine shots ring out before a pause and the final shots are fired.

When he was at the table with them, he took bread, gave thanks, broke it and began to give it to them. Luke 24:30

Taking communion can be a meaningless ritual, or an intimate time spent in the presence of Jesus. Read the story of Cleopas and his companion, they were travelling home to Emmaus when Jesus suddenly appeared and walked along with them. First He opened their eyes to see that the crucifixion wasn’t the tragedy they thought, but a fulfilment of prophecy and God’s way to redeem a lost world; something to celebrate and not be sad about. Later, as He sat in their home and ate supper with them, ‘He took bread, gave thanks, broke it and began to give it to them. Then their eyes were opened and they [knew] Him’ (vv. 30-31). Are you battling fear and doubt today? Are you wondering if God will keep His promise to you? He will! Earlier that day, Cleopas and his companion met some women who had just been to the empty tomb and reported that Jesus was alive. But try as they might, they couldn’t believe it. This story proves that Jesus loves doubters enough to walk with them, take away their fears, and strengthen their faith. And guess when He did it? As they broke bread. So next time you’re taking communion, stop and pray, ‘Lord, speak to me. Show me Your will and Your way.’ That’s a prayer He will answer. Your mind may be confused and your anxiety great, but if you’re spiritually hungry He will show up and meet you at the point of your need.

Prayer: Heavenly Father, open my eyes to see You

in the Sacrament of Your Bread and Wine and in others that You work through.