Connie Smith Celebrates Her 50th As an Opry Member 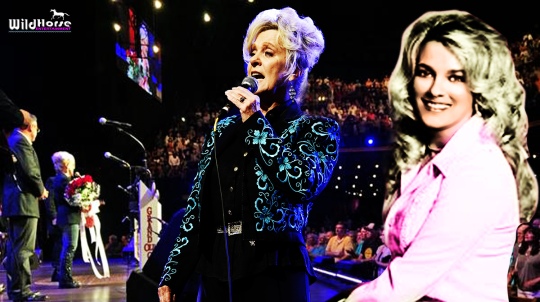 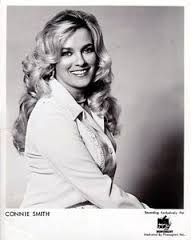 The Grand Ole Opry® presented by Humana® honored Connie Smith on her 50th anniversary as an Opry member during two shows this evening. Smith was inducted as an Opry member on August 21, 1965. Among a host of fellow Opry members on hand to mark the occasion were Smith’s husband Marty Stuart, Jeannie Seely, The Whites, Alison Krauss, Del McCoury, and Mel Tillis.

“I am so proud to be here tonight. It’s hard to believe that I actually get a chance to be here at all. Much less to have been here 50 years,” added Connie Smith. “I got to be here in the era of Roy Acuff, Ms. Kitty Wells, Minnie Pearl, Grandpa Jones, Marty Robbins, Dottie West and so many wonderful folks.”

In an hour-long segment hosted by husband and fellow Opry member Stuart, Smith enjoyed performances in her honor and took the stage to welcome each of the performers and for solo performances of her hit “Once A Day,” which was the first debut single by a country female to reach No. 1 on the country singles chart, and held the record for the most weeks spent at No. 1 on theBillboard country chart by a female artist. Smith also performed with Stuart for a duet on “Till I Found You.” Smith closed the segment with “You’ve Got Me (Right Where You Want Me)” and “Satisfied.”

Presenting the Country Music Hall of Famer with an inscribed gold bangle bracelet, Opry Vice President and General Manager Pete Fisher said, “Connie Smith personifies the very essence of the Opry. We all feel so very blessed that her sweet spirit has filled the Opry’s backstage hallways and that her amazing voice has rung out across this stage for 50 great years.”

“The Opry is one of the great loves of my life and has been since I was five years old,” said Smith. “I said ‘someday I’m going to sing on the Grand Ole Opry.’ Dreams do come true.” Smith added, “I have presented all five of my children and all eight of my grandchildren on this stage or on the Ryman stage.  It’s such a big part of my heart.” 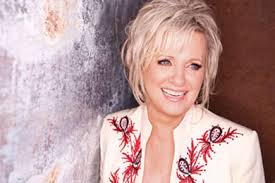 As a shy five-year-old, the eighth child in a family of 14, Constance June Meador once made the prophetic proclamation, “Someday I’m gonna sing on the Grand Ole Opry!” Decades after her dream became a reality, the singer continues to astonish audiences with a voice that is one of the most respected and recognizable in country music.

Born in Indiana and raised in West Virginia and Ohio, Smith was a young housewife and mother with a four-month-old son in Warner, Ohio, in 1963, when she traveled to the Frontier Ranch Park in Columbus. Talked into entering a talent contest, Smith won five silver dollars and the chance to meet Opry member Bill Anderson. By the next year, Chet Atkins had signed her to RCA Records and she had recorded a song penned by Anderson, “Once a Day.”

Released in August, the now-classic reached the top of the charts by November and became the first-ever debut single by a female country act to reach No. 1. The song spent eight weeks at the top and also was nominated for a Grammy. Her debut album was also a chart-topper, and she followed with a host of other hits, including “I Never Once Stopped Loving You,” “Nobody But a Fool,” “Ain’t Had No Lovin’,” and “Cincinnati, Ohio.” Along the way, she earned the name “Sweetheart of the Grand Ole Opry” from the King of Country Music, Roy Acuff.

Smith and Stuart married in 1997. 15 years later, the lauded vocalist who still enjoys recording as well as performing with her band the Sundowners, was inducted into the Country Music Hall of Fame.

Quote of the Week

“Everybody’s had the blues sometime,

and everybody knows the tune.”

Listen to WildHorse Radio, they have ALL the tunes!

You, My Brothers, Were Called To Be Free

But do not use your freedom to indulge the sinful nature; rather, serve one another in love. Galatians 5:13

In his book ‘The Pursuit of Excellence’, Ted Engstrom writes: ‘I was cleaning out a desk drawer when I found a flashlight I hadn’t used in over a year. I flipped the switch but wasn’t surprised when it gave no light. I unscrewed it and shook it to get the batteries out but they wouldn’t budge. Finally after some effort they came loose. What a mess! Battery acid had corroded the entire inside of the flashlight. The batteries were new when I put them in and I’d stored them in a safe, warm place. But there was one problem. Those batteries weren’t made to be warm and comfortable. They were designed to be turned on—to be used. And it’s the same with us. We weren’t created to be warm, safe and comfortable. You and I were made to be turned on.’ You must constantly remind yourself that first and foremost you’re called to be God’s servant. That way, interruptions won’t frustrate you. ‘Whenever we have the opportunity, we have to do what is good’ (Galatians 6:10). Be sensitive and spontaneous; otherwise great opportunities to serve God will pass you by. ‘Never tell your neighbors to wait until tomorrow if you can help them now’ (Proverbs 3:28). Look for small tasks nobody else wants to do, then do them as if they were great things—because God is seeing it all. Make yourself available. Don’t fill your time with other pursuits that limit your availability. Be ready to jump into service at a moment’s notice. Allow God to change your plans without becoming resentful. As a servant, you don’t get to choose where you’ll serve. God does.

PrayerHeavenly Father, help me to serve no matter what it is or when it is

but to be ready and available to do Your will. In Jesus’ Name, Amen