Hunter Hayes Says ‘This Is the Year to Be Brave’

Hunter Hayes Says ‘This Is the Year to Be Brave’

For Hunter Hayes, his new song is as much about stepping out of his comfort zone as it is about celebrating life. The tune – called “21” – is a first for Hayes; it’s the first single he’s put out that he didn’t write.

“This is the year to be brave and I wanted to step out and try something new,” Hayes tells PEOPLE. “Everything about the song seemed fascinating to me and it also seemed like a great fit for the summer shows.”

And even though Hayes, 23, says the song is “not specifically about a birthday or an age,” but more of a “getaway that we all need once in a while,” it did evoke memories of his own 21st birthday – which was not as quite as cut loose as the lyrics in the song.

“I was in New Orleans for my first headline theater show on Friday,” recalls Hayes. “My birthday was Sunday and I was invited to sing the National Anthem for the Saints game on Sunday morning, so I had dinner with my family on Saturday evening, went out to do the ‘midnight celebration’ thing with a few friends and team members, had one glass of wine and I turned in early to be ready for the national anthem the next day.”

It seems a laid-back gathering is actually the perfect kind of party for the singer. Asked how he does cut loose, Hayes replies:

“I love just chillin’ out and catching up with family and friends. Good quality chill time is so good for the soul.”

Duvall and Thorton Debut on the Grand Ole Opry 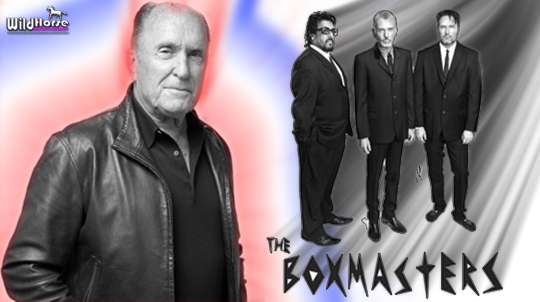 Academy Award winners Robert Duvall and Billy Bob Thornton are each scheduled to make their Grand Ole Opry debuts Tues., August 18. Duvall, courtesy of Alcon Sleeping Giant Music, will serve as a guest announcer during the show and perform the song “Cheyenne”, with music producer Michael Hodges, from the original motion picture soundtrack Wild Horses. Roots-rock band The Boxmasters featuring Thornton and also consisting of Teddy Andreadis and J.D. Andrew will perform a set including tunes from the 2015 release Somewhere Down The Road. Among others scheduled to appear that evening are Dustin Lynch, Craig Morgan, David Nail, The Oak Ridge Boys, and Thomas Rhett.

“As we celebrate the Grand Ole Opry’s 90th anniversary, we appreciate when talented personalities from all walks of life recognize the impact of the Opry and want to join us in Nashville,” said Opry Vice President and General Manager Pete Fisher. “We’re looking forward to some good music from our new friends and to sharing a fun night with them and our audience.” 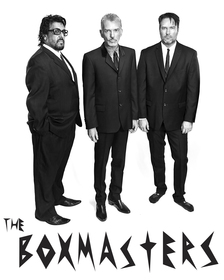 Past Opry performers have included Academy Award winners Sissy Spacek, who played the Opry while preparing for her role as Opry legend Loretta Lynn in Coal Miner’s Daughter, and Kevin Costner, who has played the Opry three times with his band Modern West. Other guest performers and guest announcers have included Kevin Bacon, Jack Black, Lester Holt, Robin Roberts, and Bob Schieffer, to name a few.

Duvall has been nominated for seven Academy Awards (awarded for his performance in Tender Mercies), seven Golden Globes (winning four), and has multiple nominations and one win each of the BAFTA, Screen Actors Guild Award, and Emmy Award. In 2005 he received the National Medal of Arts. His films and television series are some of the most popular of all time including The Twilight Zone, The Outer Limits, To Kill a Mockingbird, THX 1138, Colors, Joe Kidd, The Godfather,The Godfather Part II, MASH, Network, The Apostle, True Grit, The Conversation, Apocalypse Now,Falling Down, Tender Mercies, The Handmaid’s Tale, The Natural, Lonesome Dove, and Get Low.

The Boxmasters formed in 2007 and released its self-titled debut record to critical acclaim.  The band has enjoyed success on the Americana radio and albums charts, and its Opry stop is part of a summer tour.

My unfailing Love is your fuel-the best source of energy for you.

This glorious source of strength is limitless, so it is always abundantly available. You tend to get quite focused on your health and energy. There is a place for such concerns, but they can occupy more and more of your thoughts. When you are preoccupied with the condition of your body, I slip from the center of your mind to the periphery. At such times, you are unable to receive much help from Me. The remedy is to repent quickly-turning away from obsessive thinking and turning wholeheartedly toward Me.

The more you focus on Me, the more access you have to My unfailing Love. This supernatural source of energy flows through you freely as you look to Me in trust. Not only does this increase your energy level; it also provides a pathway for Me to love other people through you. So let My limitless Love energize and empower you as you walk along your life-path close to Me.

“The Lord loves righteousness and justice; the earth is full of his unfailing love. -Psalm 33:5”

Rejoice in the Lord always. Again I will say, rejoice! -Philippians 4:4 nkjv

To this end I labor, struggling with all his energy, which so powerfully works in me. -Colossians 1:29

Whoever confesses that Jesus is the Son of God, God abides in him, and he in God. And we have known and believed the love that God has for us. God is love, and he who abides in love abides in God, and God in him. -1 John 4:15-16 nkjv