GREAT LAKES STATE TALK HOST FADES For many years, Dave Barber moderates talk shows in Flint, MI on WTRX-1330, WTAC-600 and WFDF-910. Dave relocates to Providence, RI to host a talk show on WPRO-630. Since January 2008, Barber anchors Rhode Island General Assembly’s TV show, Straight From The Gavel. On a visit to his home state of Michigan, Dave chokes while eating at the rehearsal dinner of a friend’s wedding. The 60-year old Dave Barber dies in a coma on ‎Saturday, July 4, 2015.

MEGYN BEATS O’REILLY Confession: we enjoy The O’Reilly Factor but we can watch Megyn Kelly for a long time. Fox News personality Kelly rallies July 2015 with a strong showing. Fox cable news brags that Bill O’Reilly is #1 for many years but Megyn Kelly slaughters O’Reilly in the valuable 25-54 adults demographic. Megyn’s 458,000 viewers in the advertiser-favored group pushes The O’Reilly Factor’s 431,000 to #2. O’Reilly still tops the cable news race with 2.5 million total viewers, but Kelly gains ground.

TRIVIA QUESTION: When does American Top 40 radio program begin? The answer appears below.

TONY WILLIAMS [WKY-930/KRLD-1080] (Dallas-Richardson, TX) Subject: “The Nine Lives of Elfego Baca”. I’ve just started watching. It looks good. Loggia is quite a good actor. In T.H.E. Cat, he has a lot of “screen presence”. The show probably would have lasted longer if it was not scheduled on Friday nights. A lot of programs run into a dead end on Friday nights. The show was quite moody and had a film noir look to it with Lalo Schifirin doing the series music. Less than a third of the episodes are available. Robert Duvall played a paid German assassin in one. R.G. Armstrong is a co-star as a one-armed police detective. The pilot … T.H.E. Cat TV series To Kill a Priest. View on www.youtube.com Preview by Yahoo. Tony

JAMES MARVELL [Mercy lead singer – ‘Love Can Make You Happy’ 1969] (Brandon-Tampa, FL) Hello Jim, Yes Jim, those re-runs have been airing for over 15 years now on RFD TV. Folks tell me from all over America they’re seeing The Country Cavaleers often! As you know, we appeared on the scene in 1970. In those years, Buddy Good and I were spreading country music through the states. One of our favorite places was Texas. I can still remember having to hide before we’d go out into the crowd because of our image but when we started singing the place would start hollering and cheering throwing their cowboy hats into the air. They Liked us! It was like a movie Jim. My best to you and Suzie, James Marvell formerly of Mercy and The Country Cavaleers

JAY WALKER [KJKK FM 100.3/KTSA-550 KTFM FM/Jay Walker Prod] (Dallas/McKinney, TX) Subject: Radio Killed Radio. Hi Jim, I was on the air from 1970-1996, and still do engineering, voice-over, and audio processing consulting today. Like you way back in the 80’s I told everyone I knew in the business that “de-regulation” meant radio as we loved it was going to be GONE. However I do get tired of “radio” placing the blame on Internet and Sat Radio. We tend to give those services way more credit than they’ve earned. Non-broadcast services combined, yes even including pure play Pandora types, have fewer listeners than an average medium to large size radio market. Yes, XM-Sirius has an increase in net subscriber numbers over time BUT only because it comes FREE for six months to a year with a new car purchase, if you get that optional sound package. Their re-subscription rate is terrible no matter how much they cut the “Please Re-New” rate. So much for Howard Stern hehe. You and Suz take care down that way!!! Jay

TRIVIA ANSWER: On July 4, 1970 American Top 40 with host Casey Kasem begins on Independence Day weekend on seven radio stations. KDEO-910 in El Cajon, CA (now KECR) is the very first to debut the show on the evening of July 3, 1970. The very first show marks the last time both Elvis Presley and The Beatles have songs simultaneously in the Top 10.

DAN MCCURDY [Charlie & Harrigan Charlie Brown-Irving Harrington-KLIF 08/64-06-65/WMEX Boston/Dan Patrick-KBOX 65] (Sherman, TX) Jimbo…voted for my 10 TRHoF nominees. You were one of ’em. My very best…you deserve it, pal! Dan McCurdy PS…voting’s close to a wrap, so my very best wishes…

The fries were the best I have had in years

The owners of Toby Keith’s I Love This Bar & Grill in Orlando, Florida owed more than $1.5 million to its landlord and contractors before shutting down the restaurant Thursday, according to liens filed in Orange County courts. The country-theme restaurant and entertainment venue closed suddenly last week after being open for just seven months.

Toby Keith’s Orlando venue was such a wonderful place for Country Fans to spend an evening at. There was a great stage for artists to perform, great food to be eaten and a place where you could just relax and listen to Country Music. But no, country fans were not there to support these bars so that they could make enough money to survive to keep their doors open.

You won’t be eating this again at this venue

I can still remember visiting the “Country Star” in Las Vegas and Nashville, now that was also a really nice place to listen to Country Music and have a meal, but the same happened there, and that was way back in the 90’s. Now I know meals are always a little more expensive in these places but their overheads are way more than your local Burger King. Yet that is not reason enough not to support these fine Country Bar and Grills, it’s not like their meals are more than the Cracker Barrels or similar restaurants.

A great place for Country Artists to perform, lost forever

If you feel the need to say that the places were run badly or the food was not right, well then that’s also your fault for if the place was never busy they could not keep up the service you deserve if  it was not frequented often enough. The thing is we all complain about things not being like they used to be and that service sucks and the music is not the same, but it is our own fault for not supporting the places that still give us what we want. It pains me to see such amazing Country venues closing. Maybe next time a Country fan wants to go out and eat at a country restaurant they will be forced to order take out at the McDonalds window and eat in their car in the parking lot with country music playing from their car radio. It may be cheaper but it ain’t gonna be fun.

All I can say is Toby Keith, you did a great job with your venue’s I am sorry your Country did not support you as they should have, and not forgetting all the Country Fans who did support you a big round of applause to y’all. 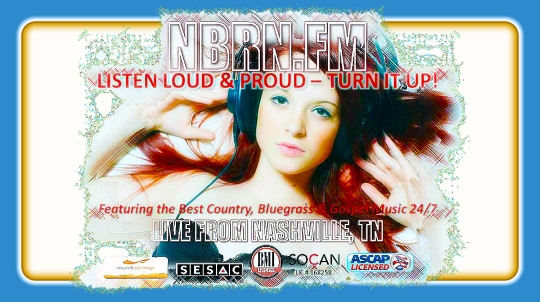 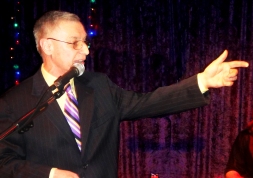 The first show with this all new format will be July 13, 2015 called The International Likileakes Radio show hosted by Keith Bradford and Frans Maritz. 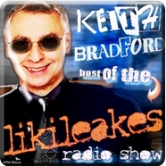 This new format will only feature one Likileake per show and one Country Legend song per show.  The rest of the hour will be spent playing New Country music both by the Majors and the Independent as well as news from Nashville.

If you want to hear and be a part of this all new Internet Radio broadcast then tune in to www.nbrn.fm Monday through Friday at 9:00 AM central standard time. NBRN.FM will still continue throughout the day to broadcast other Disk Jockey’s programs from around the world. These new changes will only affects the “In House” or self produced shows currently available to air on NBRN.FM starting July 13, 2015. 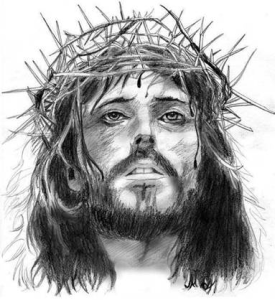 I empower you-infusing inner strength into you so that you are ready for anything and equal to anything.

It’s essential to remember that this inner strength comes through Me, through your connection with Me. It comes to you as you need it-as you take trusting steps of dependence, moving forward with your eyes on Me. This promise is a powerful antidote to fear-especially your fear of being overwhelmed by circumstances you see looming ahead. They may look daunting, but in Me you are indeed ready for anything and equal to anything.

Of course, you’re not currently ready for every imaginable situation. I carefully control what happens in your life. I am constantly protecting you from both known and unknown dangers. And I provide strength, just when you need it, for everything I allow to touch your life. Many of the future things you anxiously anticipate will not actually reach you. My promise is for things you face in the present, and it is sufficient. So when you are feeling the strain of an uphill journey, tell yourself the truth: I have strength for all things through Christ who empowers me!

“I have strength for all things in Christ Who empowers me [I am ready for anything and equal to anything through Him Who infuses inner strength into me; I am self-sufficient in Christ’s sufficiency]. -Philippians 4:13 amp”

Abide in Me, and I in you. As the branch cannot bear fruit of itself, unless it abides in the vine, neither can you, unless you abide in Me. -John 15:4 nkjv

The Lord is my strength and my shield; my heart trusts in him, and I am helped. My heart leaps for joy and I will give thanks to him in song. -Psalm 28:7