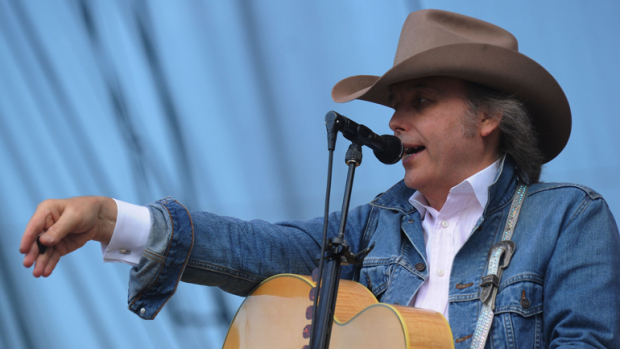 Rockin’ West Coast country music legend Dwight Yoakam has a fresh new set of tracks ready to be offered to the listening public under the collective title of Second Hand Heart, scheduled to be released on April 14th. 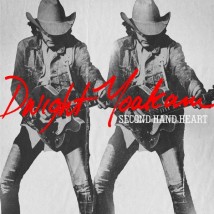 The new album is said to hearken back to Yoakam’s early cowpunk days, when the caramel-voiced singer was coming up in the ranks touring with punk and rock bands as a throwback country music artist a little left of center from what commercial radio was looking for in those days. But with one of the best voices country has ever heard, and unmatched style and smootheness, and a sharp songwriter’s pen, Yoakam soon became a big star doing it his own way, eventually selling over 25 million records.

After spending a few years focused more on his acting pursuits, Yoakam released 3 Pears in 2012—his first album in seven years. Second Hand Heart will see Yoakam return to Reprise Records where he spent most of his early career, including releasing his 1986 classic Guitars, Cadillacs, Etc., Etc. The new album was produced by Yoakam with Chris Lorde-Alge, and Yoakam wrote eight of the ten songs. One of the exceptions is the bluegrass standard “Man of Constant Sorrow.”

Also announced, Dwight Yoakam will be appearing on Sunday’s Grammy Awards in a duet with Grammy nominee Brandy Clark. Clark is up for two awards on the night. Both artists also share the common experience of opening for Eric Church on a recent tour.

As renewed interest continues to build around artists from an older era such as Dwight Yoakam, and infrastructue continues to build from outlets such as NASH Icon and the general splitting of the country music format, Yoakam could find fortunate surroundings to present his music to a new generation of country fans.

Below is Yoakam performing the title track from the new album. Pre-Order now and you get a free download of the new song.

Like Loading...
« Why Does Marty Stuart Wear So Many Scarves?
Rhon’s Inspiration Station Having a Trustworthy Guide »