Scots Decides Whether To Declare Independence

We in South Africa heard it all 20 years ago now half of the people who voted Yes have left the country leaving the No voters, without Jobs and any future. In fact at a rough guess it could be said that about 5% of all yes and no voters have been murdered since they voted for the establishment of this violent country we call South Africa and the rest of the world calls Disneyland.

My guess is if England are able to win the propaganda war over the Scottish people, and Scotland stays under the rule of the British, Britain will make sure Scotland does not get to this point ever again where they would get so close to leaving the United Kingdom.

It’s hard to believe anything these days, let’s face it candidates up for election lie through their teeth all the time, and still win the vote.

To all the Tuck’s in Scotland please vote “Yes” 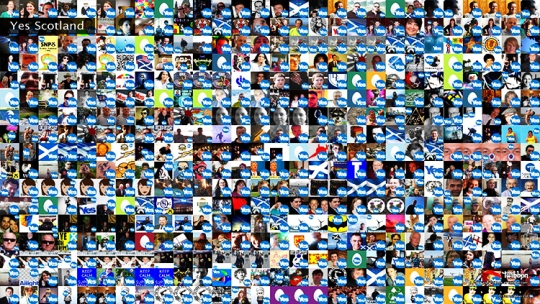 I have added the 1st of 3 prayers below, because they were beautiful and

I will not be sending out the Thought for the Day, so I hope you will enjoy each of the prayers.

Please add Jim and Jane Case to your thoughts and prayers as they are having some health issues and our prayers are requested and needed.

Merle Haggard jokes he thought he was a goner, and when he found out he wasn’t, “it was sort of a disappointment.” The country legend was diagnosed with cancer in 2008. He says the original diagnosis incorrectly led him to believe he didn’t have much time to live. He says it ended up being a benign condition and he had surgery to correct it. Merle, who is 77, still tours about two weeks out of every month. He says it’s tempting to let it all go but it’s taken him many years to get where he’s at. Keep in going Merle!  We love ya!

to the track, he can expect a cool reception from Paralympic organizers.

The double-amputee runner from South Africa, who is awaiting next month’s sentencing after being found guilty of culpable homicide in the killing of his girlfriend, faces anything from a suspended sentence and a fine to as much as 15 years in prison.

But once he is free, he will be free to compete.

“If that athlete was entered and had gained the qualification we would not be in a legal situation where we could deny that athlete the right to compete,” IPC President Philip Craven told The Associated Press. “There has never been any intention to promote any reinstatement of any sort.”

The Pistorius case has presented Craven with some of the most challenging moments of his 13-year tenure. For so long, Pistorius was the poster boy of the Paralympic movement, generating huge interest around the 2012 London Games when the South African known as the “Blade Runner” became the first double-amputee sprinter to compete at the Olympics.

But on Valentine’s Day in 2013, Pistorius opened fire in his home after hearing what he said sounded like an intruder in a bathroom in the middle of the night, killing his girlfriend, Reeva Steenkamp. “I was in a state of shock for two days then we realized we had to come out of that rapidly,” Craven said. “Of course he was a great athlete but what took place 18 months ago was not anything to do with sport … but it’s an absolute tragedy.”

On Monday, the IPC marks the 25th anniversary of its formation, although the Paralympics first took place in 1960. Craven said the movement is not reliant on the star power of one athlete. “There are so many great Paralympians who can promote the movement,” Craven said. “There are so many athletes doing brilliantly now we are not dependent, although we never thought we were on one athlete.” Other sprint stars have emerged, such as Alan Oliveira, who upset Pistorius by winning the 200-meter race at the London Paralympics. The Brazilian will likely be competing in front of his home crowd when the games go to Rio de Janeiro in 2016.

Whether Pistorius will be competing there will become clearer next month.

Hope in Me, for you will again praise Me for the help of My Presence. Sometimes-especially when you are feeling downcast or disturbed-it is hard to continue hoping in Me. At such times it’s important to remember that Christian hope is much more than a feeling. It is confidence in Me: who I am (your Savior-God) and what I have promised to do (receive you into eternal Glory).

The help of My Presence is a constant in your life, but you are not always receptive to it. I am training you to exercise your trust and hope in Me by praising Me regardless of your feelings. The day will come when you will spontaneously burst into songs of worship-joyously praising Me for My glorious Presence! However, when you rejoice in Me during times of sadness, a marvelous thing happens: Your words of hope and trust in Me lift you above your circumstances. This sets your feet on an upward path of gratitude-where your Joy increases step by step. This sacrifice of praise is most pleasing to Me!

Why are you in despair, O my soul? And why have you become disturbed within me? Hope in God, for I shall again praise Him for the help of His presence. -Psalm 42:5 nasb

You guide me with your counsel, and afterward you will receive me to glory. -Psalm 73:24 esv

As servants of God we commend ourselves in every way: in great endurance, in troubles, hardships and distresses.�.�.�. sorrowful, yet always rejoicing; poor, yet making many rich; having nothing, and yet possessing everything. -2 Corinthians 6:4, 10

Through Jesus, therefore, let us continually offer to God a sacrifice of praise-the fruit of lips that confess his name. -Hebrews 13:15