Recently we were invited to a special performance of “The Spirit Of Johnny Cash” at the Tennessee Performing Arts Center Nashville Tennessee, by our good friend and President of the Independent Country Music Association Al Shephard. What was also very exciting was that our party included special guest for the night Mr Tommy Cash and as you all know Tommy is the brother of the Country Music Legend Johnny Cash who this “One Night only” special tribute to Johnny Cash was in honor of. 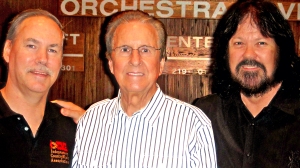 Tommy Cash was accompanied by his wife Marcy and son, Mark Alan Cash, Al Shephard with his fiancée Jennifer Robinson Cook, and me as always with my lovely wife Cathy. It was a wonderful evening and the show was brilliant, Harold Ford stopped somewhere during the show and recognized the fact that Johnny Cash’s brother Tommy was in the audience and how much of an honor it was for him and the Cash Band that Tommy was there. Tommy Cash is also a very famous singer and has had many hits of his own and very well-respected in the Country music circles not only in Nashville but worldwide.

The highlight for us was during the intermission when we were invited backstage and had the chance to meet and talk to Harold, Laura and the members of the band. Then all of a sudden a whole bunch of photographers seemed to appear out of nowhere and a good few pictures were taken. If you look carefully at the picture included here you will notice that when they had us all together, pictures were snapping from all sides, so we really did not know which way to look. Then what seemed to be only 60 seconds, a half an hour must have passed and we returned to our seats to enjoy the second half of the show. 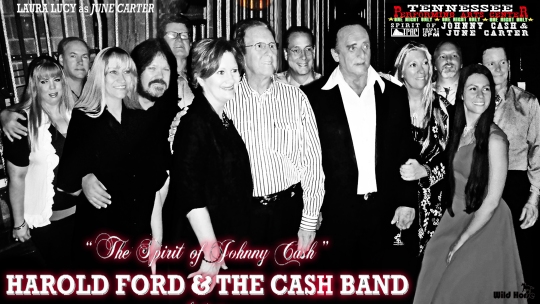 Nashville Music Press: “The music of Johnny Cash – Nashville music press has hailed this show as a “must see to believe.” Harold Ford is incredible as Johnny Cash. He sings and looks exactly like the man in black – and it comes naturally. When Laura Lucy takes the stage as June Carter Cash, the combination is pure magic. The Red Hot Cash Band is an extraordinarily talented team of musicians, who recreate the music that made Johnny Cash country music’s most iconic performer.”

We, feel very fortunate and honored to have been invited as special guests along with Tommy Cash and Al Shephard to attend this very special “Spirit Of Johnny Cash” show, we will remember this night for as long as we live. A very special thanks to the President of the Independent Country Music Association and our friend, Al Shephard for thinking of us.

Tammy Wynette’s Name to be Restored To Crypt 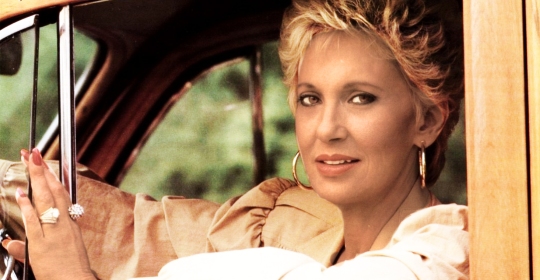 TAMMY WYNETTE’S NAME TO BE RESTORED TO CRYPT

NASHVILLE — Tammy Wynette’s professional name will be restored to her crypt because the person who owns the mausoleum space has agreed to the change, according to Wynette’s daughter Jackie Daly.

A representative of Woodlawn Memorial Park informed her Wednesday that her stepsister, Deirdre Richardson Hale, had given the OK to change the name Virginia W. Richardson on the crypt back to Tammy Wynette. She said the letters on the crypt could possibly be changed by Friday afternoon.

Wynette’s four daughters were seeking a court order to get the name changed when she got the news. Daly said she assumed her stepsister had a change of heart because of media attention and a Facebook page launched by fans of the singer seeking “A Restoration.”

“We were just going to go ahead and start raising the money to move her, but we didn’t have to do that,” Daly said.

Wynette’s name was changed on the crypt when her children and the children of her husband, George Richey, were contemplating a challenge to the sale of their parents’ intellectual property to a music publishing company a few months before Richey’s 2010 death

News sent in by Marty Martel 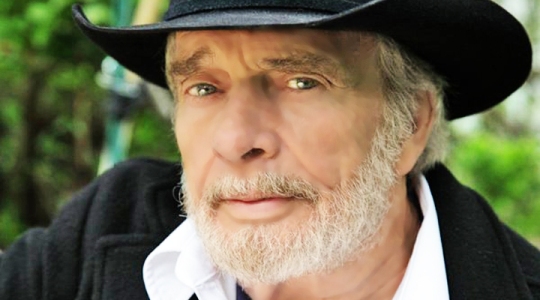 Country Music Hall of Famer will be the subject of a tribute album featuring recordings of his hits by Jason Aldean, Luke Bryan and Dierks Bentley, Toby Keith and others. He’ll also receive the Academy of Country Music’s Crystal Milestone award during the ‘ACM Awards’ telecast April 6. / Myriam Santos

Country Music Hall of Famer Merle Haggard will be the focus of two tributes next month – one an album of the singer’s hits recorded by current country stars, the other from the Academy of Country Music.

Luke Bryan, Garth Brooks, Jason Aldean and Toby Keith are among the artists lending their voices to Working Man’s Poet: A Tribute to Merle Haggard, out April 1 on Broken Bow Records. During the 49th annual Academy of Country Music Awards on April 6 – Haggard’s 77th birthday – he’ll be the recipient of a multi-artist tribute segment and receive the ACM’s Crystal Milestone award, honoring his 50th anniversary in country music.

“He’s one of the purest voices ever in country music,” says Bryan, who will co-host the ACMs telecast with Blake Shelton. “He’s had such an extraordinary life, so many things to draw from for songs. It’s amazing just how many things that guy has been through and seen through the years.”

Haggard had his first hit, Sing a Sad Song, in 1964, and he topped the Billboard country singles chart 38 times between 1967 and 1988 with songs including Okie From Muskogee, Mama Tried and The Fightin’ Side of Me. He won the ACM’s first entertainer of the year award, in 1970, and the academy has named him its top male vocalist a record-setting six times.

Bryan duets with Dierks Bentley on Working Man’s Poet, singingPancho and Lefty, a Townes Van Zandt song that Haggard and Willie Nelson took to the top of the country charts in 1983.

“The original had a Spanish-Mexican flair,” Bryan says. “We took a real different approach with it.” Bryan and producer Jeff Stevens envisioned the new version in the vein of Mumford & Sons, “something with some edge that moves along pretty good. It’s an interesting take.”

Working Man’s Poet will be available digitally through iTunes. Physical copies of the album, sold only at Walmart, will include Brooks’ version of Haggard’s 1966 hit Tonight the Bottle Let Me Down, which also appeared on his recent box set for the retailer.

Here’s the track listing for Working Man’s Poet: A Tribute to Merle Haggard:

  Tonight the Bottle Let Me Down, Garth Brooks (Walmart edition only)

  You Take Me for Granted, Thompson Square

  Are the Good Times Really Over, Jason Aldean

  Let’s Chase Each Other Around the Room, Thompson Square

  The Fightin’ Side of Me, James Wesley

News sent in by Marty Martel

Be Inspired By Rhon This Wonderful Sunday Morning

Rejoice and exult in hope. Raise a shout of Joy! You have good reason to be joyful, because you’re on your way to heaven. I have paid the penalty for your sins and clothed you in My own righteousness. This is the basis of hope-for you, for all who truly know Me as Savior. No matter what is going on in your life at this time, your hope in Me is secure. No one will be able to snatch you out of My hand. In Me you have absolute, eternal security!

Be constant in prayer-at all times, but especially when you are struggling. During trials, you need close communication with Me more than ever. However, your ability to concentrate may be hampered by stress and fatigue. So make full use of the amazing source of strength within you-My Spirit. Ask the Holy Spirit to control your mind: to think through you and pray through you. Your prayers need not be pretty or proper. Just let them flow out of your current situation. As you stay in communication with Me, I help you to be steadfast and patient in suffering.

“Rejoice and exult in hope; be steadfast and patient in suffering and tribulation; be constant in prayer. -Romans 12:12 amp”

For the grace of God that brings salvation has appeared to all men.�.�.�. while we wait for the blessed hope-the glorious appearing of our great God and Savior, Jesus Christ. -Titus 2:11, 13

I give [My followers] eternal life, and they shall never perish; neither shall anyone snatch them out of My hand. -John 10:28 nkjv

The mind of sinful man is death, but the mind controlled by the Spirit is life and peace. -Romans 8:6