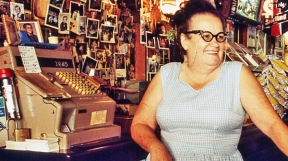 As part of the celebration, Tootsie’s Orchid Lounge is extending their annual “Birthday Bash” to a two-day event with entertainment on the outdoor Broadway stage taking place on both Thursday and Friday nights.

“The Tootsie’s Birthday Bash has become an annual event that everyone looks forward to,” says Tootsie’s proprietor Steve Smith. “We kicked it off at the Ryman with Kris Kristofferson, Terri Clark, Mel Tillis, and Jamey Johnson a few years back.

Then Kid Rock and The Kentucky HeadHunters took the party to the street on Broadway. Last year Dierks Bentley, Randy Houser, and Troy Gentry kicked it up a bit, and who knows who will be coming this year!”

Tootsie’s is known to have been used as a “green room” to some of the greatest Opry stars including Patsy Cline, Hank Williams and Ernest Tubb. “Tootsies is where the stars would come to wet their whistles and pick their guitars,” adds Smith.

Entertainment will be announced in the coming months.

Today, Tootsie’s Orchid Lounge is a must-see Music City destination for tourists and is frequented by locals, including some of the biggest names in country music, who often drop in and surprise patrons with impromptu performances.

In view of the terrible incident involving Oscar Pistorius and his girlfriend Reeva Steenkamp, I would like to state for the record what I do every time I get home or leave my home, or what happens when I get woken up at night by any kind of noise

“When I leave my home anytime day or night I first look outside to see if there is any suspicious activity, I always have something with me to protect myself, in case I am attacked while walking from my front door to my car. I do not have a gun so my only protection is a small stick which will help me ward off any kind of attackers, if I am lucky, as most of the criminals carry illegal guns of all sizes and shapes, or at the very lease a really good knife. I do not carry a gun as the laws make it difficult to do so, which puts not only my own safety at risk but that of my Wife’s too” – Frans Maritz

Muldersdrift man murdered in front of wife – News24 2013-01-25 09:27 A Muldersdrift man, who arrived at home to find his wife being held at gunpoint, has been shot dead, West Rand police have said.

“When I get home we both look around us before we even get out of our car, once we get to our front door we look behind us to see if there is no immediate danger. Once we unlock our door and the security gate I go into our home first and look around to see if everything looks normal. Once it is all clear we then close and lock the door behind us” – Frans Maritz

Robbers kill Muldersdrift teen – News24 2012-09-06 20:08 A 13-year-old girl has been shot dead and her father and sister have been wounded in an armed robbery at their home in Muldersdrift, on the West Rand.

“At night when we go to sleep we first check all windows and doors, sometimes twice just to make sure they are closed and locked. If I am woken up at night by a strange noise I immediately go and investigate where the noise came from, there is no chance or thought of ignoring it whatsoever” – Frans Maritz

Shock over old age home murder – News24 2010-11-24 10:01 A terminally ill 84-year-old woman has been murdered for her wedding ring, cellphone and a watch at a Cape Town retirement home.

“If we hear a knock on the door at night we don’t even bother answering it as 99.9% of the time it will be trouble, our family and friends know that if they want to visit us they will call us first, so that we know to expect them” – Frans Maritz

“Once and only once, thank goodness, I was woken up with a noise at home, I jumped out of bed grabbed the only thing I could at such short notice which was a torch next to my bed and was ready to do battle with whatever was making the noise in my home. When I got to the kitchen my wife was there making a cup of coffee as she could not sleep. I did not hear her getting up and was relieved to see that it was my wife and not some intruder whom I would have had to defend my life and my wifes too, as in South Africa if these intruders get into your home at night, it always ends in a rape and a murder, with a lot of torture and mutilation” – Frans Maritz

Five held for elderly couple’s murders – News24 2013-02-13 18:15 Five men have been arrested in connection with the murder of an elderly Bethulie couple, Free State police said on Wednesday.

“I have never spoken about this before, as it is really private information, but i thought the world needs to know how we are forced to live in South Africa today, and with the events of Oscar and his girlfriend, I thought that I would make my actions public, and how my wife and I are forced to live in South Africa right here right now” – Frans Maritz

“You will find many South Africans, who believe that South Africa is Disney World and that Mickey Mouse rules this so called magic kingdom, and therefore they “Hear No Evil and See No Evil” yet these same people are among many who have already been buried, and are now part of the statistics, of horrendous crimes in South Africa” – Frans Maritz

“In closing I am not defending Oscar or accusing him, as that is for the courts to decide, I am merely pointing out that it is a fact that we are not all paranoid for nothing, living in South Africa.  As we know very well, what will happen to us if we are attacked in our homes as it very rarely ends well. If there is any doubt in your mind that I may be exaggerating then just google Violent crime in South Africa, it will all be there for you to take note of” – Frans Maritz

If you don’t have to live like this where you stay, you should be thankful that you still have a government who protects the people, and if you feel that they don’t then, welcome to South Africa.

Visit the following links to RMR and see which albums received the most radio airplay for the year 2012.
As tabulated from spin reports from RMR reporting radio stations worldwide.

Roots Music Report collects data from radio stations and syndicated radio programs around the globe that play all forms of roots music. RMR then tabulates airplay spin totals which then are used to generate the charts. The charts are posted each week so that music makers, radio professionals and the general public can see which artists are being played the most by reporting stations around the planet. We at RMR strive to help the artists, and have been doing so for over 15 years. Our goals are simple: provide honest radio airplay data for artists, labels, & music industry professionals. Giving them an additional tool to help make their promotion methods more effective while at the same time providing an online resource for broadcasters worldwide.

ONLY THE MUSIC MATTERS

If you would like to start reporting your playlist to Roots Music Report please fill out this form: http://www.rootsmusicreport.com/index.php?page=radiosignup.

If you would like to write reviews, or contribute articles to Roots Music Report please email us at rmr@rootsmusicreport.com 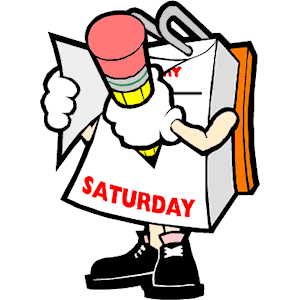 My Julie has lost her Grandmother yesterday. Please keep Lea Richardson in your thoughts and prayer lines, as Julie, her Dad and his family must face the sadness of this great loss. MAY LEA’S SOUL REST IN THE PEACEFUL AND COMFORTING ARMS OF OUR BLESSED SAVIOR.

Hey Everyone! We just got an e-mail from Marie Bush, Wayne’s wife. (Jerry’s dear friend and boss at Worthngton). She says that Wayne is having to get radiatiion on his head for 3 lesioins in his brain, they think it is from the chemo he had to have on his liver 3 years ago. He is very despondent and won’t try to do anything.( Jerry is very upset about this and I hope he doesn’t get down from it, so prayers for him will help too. Thanks!) Please keep him in your prayers and ask Our Lord Jesus Christ to help him get over this. Love to all, God Bless! – Liz

A LITTLE BIT OF HEAVEN:  There’s a little bit of heaven in every kind deed we do. Helping those in trouble, God, brings happiness to You. Your commands to us are clear; We are to do Your work on earth By helping those in need find their goodness and their worth. When storm clouds hover over them and their sorrows cannot be denied, We must help them find the sunshine and the rainbows in the sky. I pray they climb from deep depression and renew their strength and grace, May they always feel Your presence, Lord, and their fears all be erased – Shirley Hile Powell