The body of Mr Tezuanno Ciciliato, better known as TC, was discovered by police in his house in Totius Street in Gholfsig. His wife Ronel and daughter Rozanne returned home at around 20:00 and got suspicious when they found a gate ajar and lights, that are usually off, switched on.

Mrs Ciciliato tried to phone her husband but he did not answer. She then called her son, Jaco Botma, who told her to drive away immediately and meet him at a nearby petrol station. Mr Botma’s wife, Marie, phoned the police. They arrived at the house at the same time as Mrs Ciciliato and her son.

Police found Mr Ciciliato’s body in the television room. It seemed as if he was watching television when his attackers overpowered him.He had marks on his neck and a stab wound to the upper chest. The cause of death is yet to be determined by a post mortem.“There was blood everywhere. He put up a big fight. He was a strong and spirited man,” said Mrs Botma. It is unknown how many attackers were involved in the incident.The possibility that the motive of the attack was murder is being investigated because valuable things were overlooked and simple things like a kettle were taken.

Mr. Ciciliato was the owner of Cars 2000. He also owned the Mahindra dealership. He leaves behind his widow, three daughters, his mother, 90, a brother and sister

And so the Genocide Continues day by day month after month year after year,  in South Africa,

Yet soon it will stop, as they will run out of  WHITE victims. 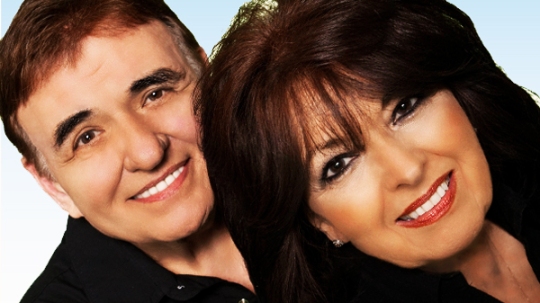 Allen Karl & Donna Cunningham are releasing their third single on Century II Records. The song “Ain’t That A Lovin’ Shame” comes from the Tom Paden music catalog. Their first two duets were ballads and went #1 throughout Europe, and now this new single is their first up-tempo hit song. Written for Tammy and George but they never recorded it, and recently when Allen heard the song, he immediately knew that it was meant for him and Donna to add their magic touch to the lyrics. Their vocals are sharp and the story line about the song fits perfect for all country radio stations, especially those who play the real country music. Another Karl and Cunningham song headed in the upward direction to #1.

Their voices blend together as strong as any duet in country music, and they are now charting their music in the U.S. as well as Europe, both as single and duet artists. They continue to add awards to their career highlights, so we invite you to go to their websites and get to know Allen and Donna better. You will be impressed with how quickly they have garnered attention worldwide and how their careers have spiraled upward because of their love for what they do.

Please click on the following link to review “Ain’t That A Lovin’Shame,” and then we hope that you will download and add the song to your playlist. We always ask for your input, and both Allen and Donna want you to know how very much your support has made their careers so exciting, and they both sincerely thank you and ask you to please continue your support with this new single.

The latest Video Jukebox hosted by Laura Dodd out of Nashville is now available to view on Wildhorse Entertainment for a few days only starting right now. This week Laura features some of the latest Country video from Nashville Tennessee including a special feature that highlights a Country Legend performance from yesteryear. See below for full program lineup and the Click here Wildhorse Entertainment   to view this show right now:

WhoYou Can See on This Weeks Video Jukebox

Kenny Chesney – Somewhere With You

The McClymonts Honored with Australian Country Music’s Most Prestigious Awards

“Winning the highest selling album of the year is so gratifying for us. We just want to thank our fans who gave us this award by making Two Worlds Collide the biggest-selling Australian album of the year,” says Mollie McClymont.

“A very special thanks goes to our 3 producers on this album, Peter Asher, Luke Wooten, and Nathan Chapman. All three of you are amazing and such a pleasure to work with. We feel so lucky to have had you gentlemen on our team,” adds Samantha McClymont. 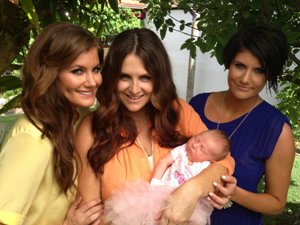 The latest album by the acclaimed sisters has not yet been released in the U.S. But, the group’s management team is optimistic about discussions planned with record labels during their return to Nashville this month.

After touring North America over the last 3 summers as independent artists on their own label, The McClymonts have their sights set on following fellow Australian Keith Urban into the U.S. market and working with a major label.

Many Music City insiders predict that Australia’s most successful country group definitely has what it takes to pick up where The Dixie Chicks left off. Their soaring harmonies and electrifying stage show has impressed many promoters, reporters, and country stars over the last few summers while performing throughout the U.S.

Brooke McClymont, the group’s lead singer, recently gave birth to her first child, a beautiful baby girl named Tiggy Heart. “This baby is going to be a road baby. My sisters are already fighting over who will be the favorite aunty. So, I have no problem with getting plenty of help on the road with Tiggy,” she says.