ALL THE NEWS FROM JIM ROSE REMEMBERS RADIO October 12, 2012

GOLDFINGER GUITARIST PICKS LAST LICK From the 1960s-70s, we hear British guitar player Big Jim Sullivan on over 40 very familiar top recording artists’ hits. Just a few of my favorite tunes with Big Jim Sullivan’s fantastic guitar playing include a hot song that I spin in 1965 on my first radio station Tom Jones’ What’s New Pussycat, Frank Ifield’s I Remember You, Peter & Gordon’s A World Without Love, The Seekers’ I’ll Never Find Another You, Los Bravos’ Black is Black, Gilbert O’Sullivan’s Alone Again (Naturally) and in 1975 on Top 40 KXOL-1360 I spin Pilot’s Magic. The list goes on and on. Australian music news Web site www.noise11.com/ reports that Sullivan plays on over 1,000 hits that include 55 #1 records from Petula Clark’s ‘Downtown’ to David Bowie’s ‘Space Oddity’. Big Jim Sullivan, one of the most prolific studio guitar players in British music history, dies at 71 on Tuesday, October 2, 2012 in his West Sussex home.

SAM LEE IN SURGERY A couple of weeks ago, we receive an alarming email from former KLIF-1190 Dallas, TX newscaster Sam Lee who now resides in Beverly Hills, CA where he details the shocking news about his cancer radiation treatment & Chemo Therapy at USC Medical Center for lymph nodes in his neck. Sam’s doctor says the cancer is relatively small, we’ve found it early. On Tuesday, October 9, 2012 Sam enters USC Medical Center to begin the treatment process of killing a small bit of cancer.  Sam jokes: You may be more familiar with it as the setting for General Hospital, the TV show. They do have a new building. JRRR keeps our radio friend Sam Lee in our prayers during this difficult time. Sam’s Web site is www.NewsBeatUSA.com. Email Sam at samlee1018@live.com.

IS ROCK RADIO DEAD? Just like Queen’s hit released on August 22, 1980 Another One Bites the Dust another FM Rock radio station flips to talk. No more Rolling Stones on Merlin Rock WRXP FM. In America’s largest radio market, NYC, CBS Radio needs an FM frequency for its Sports WFAN-660 so it purchases Merlin Rock WRXP FM (101.9) for about $75 million. NY Times writer Ben Sisario sighs: Rock stations around the country have been suffering for a decade, a symptom of rock’s fading popularity as well as the rise of a more dance-oriented sound on the Top 40. Consultant Fred Jacobs disagrees: In the case of New York City, this had a lot less to do with the rock format as it did with CBS needing an FM frequency for WFAN. Sisario adds: …there is still Classic Rock, on WAXQ FM (Q104.3) in New York. A handful of rock stations in neighboring areas, like WHDA in New Jersey, reach parts of the city.

What American mayor reads comics to the kiddies in the 1940s? The answer appears below.

•KATE SCOTT Cumulus 5am-12pm sports anchor on KNBR-680 San Francisco, CA plus KGO-810 Cal college football game sideline reporter blindsided by a car that runs a red light at 40 MPH. Thank God that Kate is OK because of her helmet. 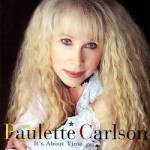 •1975 CHARLIE RICH ninth annual Country Music Association award presenter lights a fire to John Denver’s envelope when he scores Entertainer of the Year on October 13th at the at the Grand Ole Opry House in Nashville, TN.

EMAILS YES WE HAVE EMAIL BELOW ARE SOME WE RECEIVED

FRANS MARITZ [Wildhorse Entertainment] (Pretoria, South Africa) Subject: Wildhorse Entertainment about Radio Historian Jim Rose. ‘I will most certainly add  Jim’s newsletter every time I receive one. It is well written, interesting and very informative. Jim is truly a professional at what he does. . Regards, Frans Maritz (www.wildhorse.co.za) / (www.whisnews21.com) Have a Great Day And Don’t Let Anyone Spoil It For You. You can also find hundreds of Independent Artists music for free download at www.wildhorse.co.za.

ED BRANDON [former long time KTRK TV Disney ABC CH13 chief meteorologist since 1972] (Houston, TX) Hi Jim, What a treat to find an e-mail in my inbox from you, personally. I read JRRR every day and it is the best compendium of items about Texas radio I’ve seen. We MUST chat sometime about the KNOW and KHFI connection we share. I was at KNOW sometime between ’66 and ’69. Started on the midnight shift. My predecessor was J. Michael Davenport, a biker with a great radio delivery. Eventually I worked mid-morning, then morning drive, at The Mighty Fourteen-Ninety. Having graduated from high school in Austin, and having hung around their studios during my junior and senior years, pressing my nose against the glass and hoping they’d invite me in, the chance to actually work there remains the most satisfying chapter of my career. More later. Ed Brandon, iPad

DAVID FAULKNER (Dallas, TX) Subject: Unforgettable 870 KFJZ. Jim, Good to hear from you. Thanks for sharing your radio stories. Always enjoy hearing about radio as it was, especially DFW radio. I’ve been a listener in this market all my life. Been listening on my own radio since I was 7. Many great stations in DFW through the years. Peace, David

CONTACT JRRR WITH TIPS! Do you know something that we should know? We want to hear from you. Send your radio tips and stories to Rosekkkj@earthlink.net

CHUCK DUNAWAY (Houston-Katy, TX) Subject: new outlet. WHISNews21 Oct 5 was wonderfully formatted. Please allow me to agree with everyone else who has made comments on the great graphics and ease of reading. Congratulations my friend.

DON SUNDEEN (Dallas, TX) Subject: Jim Rose Remembers Radio On WHISNews21 Oct 5 « WHISNews21. It looks terrific Jim, good for you. Must be quite a thrill having your stuff presented in such a professional and attractive format.

At the end of June 1945, as World War II comes to a halt, during a newspaper delivery strike, New York’s boisterous Mayor La Guardia decides to read the comics to the kiddies on the radio but he has no idea how popular the idea becomes.

To celebrate its legendary mayor, the City of NY has its very own La Guardia airport.

JOANIE GREEN-GALLO (Tulsa, OK) I am astounded at all of that stuff on Facebook. Who cares that you “like” something and feel you need to “share” because you know everyone wants to know every blessed thing about you? Yikes! Is there no privacy anymore? Or better yet, discretion in one’s life? I have a Facebook page and check it once a week or every other week. I have a couple of interests outside of radio, volunteer and work part-time…that’s about it. I rely on your email because I know I can trust it. It truly is special to me. Thank you for your kind words, it means a lot and helps me keep my spirits up… Hugs to you and Lacy. Joanie

ANTON CHEKHOV (1860-1904) You must trust and believe in people or life becomes impossible.

Some Comments And Pix After Last Nights Debate

These pictures and comments were found on Google this morning and it is too be noted that they are all posted by American’s In America.

Some of the funniest comments are to be found on a Blog by the man in the picture to the left, he also has almost 2500 followers on his blog so his comments have travelled far and wide this morning..

I was not sure if I should post his name and blog, so I decided against doing that perhaps for his own safety and security. Although he openly displays it all on his Blog.

If he lets me know if it ok I will do so otherwise this article and his name will be buried in our archives for all time, well for ever then. How long is ever? I have no idea…..Sorry just having a short debate with myself…..

Well here goes just for the sake of the humor…….No disrespect intended

Packing Up and Moving out.

*  MT Biden really think everything Ryan says is funny or did he smoke out before the debate?

*  BREAKING NEWS: Immediately after the debate, Biden calls Obama to say: At least I did better than you…. *tongue sticking out*

*  BIDEN: after the debate: How’d everybody like my smile, laughs and interruptions? I planned that…..

*  Benghazi an issue only because Romney brought it up  The sad thing is, she’s probably right.

*  Yes and CNN Post Debate Poll Ryan won by 20 percent over Biden!!  Truly a buffoon and his behavior and antics did him in….both Biden and Obama will allow their arrogance to do them in!!

SORRY I HAVE TO STOP NOW, COULD FILL UP PAGES OF THIS BUT THEN WHAT’S THE POINT.

PLEASE VOTE AS THOUGH THIS WILL BE THE LAST TIME YOU WILL BE ABLE TO VOTE.

Please Note: This picture is not real, found it on the same blog, it has been badly photoshoped, and not by me, if asked I would have done a better job.

YES I AM INSPIRED BY LIVING IN A FREE COUNTRY WHERE WE CAN STATE WHAT WE FEEL AND PRAY…… WHAT I AM NOT INSPIRED BY IS THE FOLLOWING:

What is happening as President Obama is reaching out to destroy our economy, huge amount of men and women losing homes, jobs and so much more.  This is so unfair to our children, and future generations and those trying to keep it all together.

Judy Welden and myself (Rhon Scheuerman) wrote “LET’S MAKE AMERICA GREAT AGAIN” We did this as we LOVE OUR COUNTRY! WE DID NOT WRITE IT for money, praise but as loyal Americans wanting the right men to be chosen to lead our precious country. 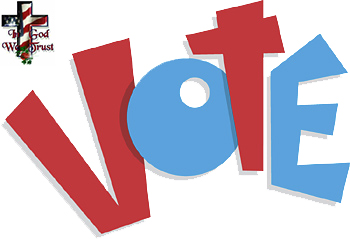 PLEASE WATCH THE VIDEO and remember the words“LET’S MAKE AMERICA GREAT AGAIN”as Americans go to vote for USA President and Vice President on November 6th.  What we do at this election will not only affect us,but also our children and grandchildren through the years!

Mitt Romney and Paul Ryan will rebuild the foundations of the American economy on the principles of free enterprise, hard work, and innovation.

MANY THANKS to Frans for this superb video. http://www.wildhorse.co.za/home/

Please come back and visit my Inspirational Station messages here…..

and please leave your valued comments ! God is faithful! Rhon

Kia Motors America (KMA) has teamed up with DC Entertainment and RIDES magazine to create a brooding, Batman-inspired Optima that goes on display this week at the Time Warner Center and signals the beginning of a 10-month partnership based on the iconic characters that make up the Justice League. Influenced by the artistry of comic book icon, Jim Lee, the Kia  Fitting for the cape crusader’s dark and mysterious personality, Kia’s range-topping Optima SX Limited wraps cutting-edge technology and premium amenities in a sleek, aggressive design customized with several unique Batman elements.

I must speak to Santa, it’s only about two months to go, I wonder if I can get a huge stocking somewhere……I love Christmas, and the Christmas season is upon us.