The Real Truth About Snopes Did They Lie To Us?

Snopes NO MORE – A MUST READ!!   Be sure to click on the government links in this e-mail for some REAL eye-openers regarding Obama & Elena Kagan!! Many of the emails that I have sent or forwarded that had any anti-Obama in it were negated by Snopes. I thought that was odd. Check this out.

Snopes, Soros and the Supreme Courts Kagan We-l-l-l-l now, I guess the time has come to check out Snopes Ya’ don’t suppose it might not be a good time to take a second look at some of the stuff that got kicked in the ditch by Snopes, do ya’ We’ve known that it was owned by a lefty couple, but hadn’t known it to be financed by Soros! Snopes is heavily financed by George Soros; a big time supporter of Obama! In our Search for the truth department, we find what I have suspected on many occasions. I went to Snopes to check something about the dockets of the new Supreme Court Justice, Elena Kagan who Obama appointed and Snopes said the email was false and there were no such dockets so I Goggled the Supreme Court, typed in Obama-Kagan, and guess what? Yep you got it; Snopes Lied! Every one of those dockets is there. So Here is what I wrote to Snopes: Referencing the article about Elena Kagan and Barack Obama dockets: The information you have posted stating that there were no such cases as claimed and the examples you gave are blatantly false. I went directly to the Supreme Courts website, typed in Obama Kagan and immediately came up with all of the dockets that the article made reference to. I have long suspected that you really slant things but this was really shocking. 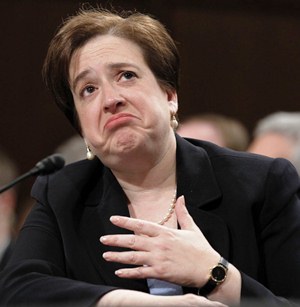 hank You, I hope you will be much more truthful in the future, but I doubt it. That being said, I’ll bet you didn’t know this: Kagan was representing Obama in all the petitions to prove his citizenship. Now she may help rule on them. Folks, this is really ugly. Chicago Politics; and the beat go on and on and on. Once again the US Senate sold us out!  Now we know why Obama nominated Elana Kagan for the Supreme Court. Pull up the Supreme Courts website, go to the docket and search for Obama. She was the Solicitor General for all the suits against him filed with the Supreme Court to show proof of natural born citizenship. He owed her big time. All of the requests were denied of course. They were never heard. It just keeps getting deeper and deeper, doesn’t it? The American people mean nothing any longer. It’s all about payback time for those who compromised themselves to elect someone who really has no true right to even be there.   Here are some websites of the Supreme Court Docket: You can look up some of these hearings and guess what?   Elana Kagan is the attorney representing Obama! Check out these examples:

If you are not interested in justice or in truth, simply just ignore. However, if you hold sacred the freedoms granted to you by the U.S. the read and spread the truth.

This mail was sent in by Paul Mateki from mails that he received.

5 thoughts on “The Real Truth About Snopes Did They Lie To Us?”