Perception.. A Situation To Think About

In Washington DC, at a Metro Station, on a cold January morning, this man with a violin played six Bach pieces for about 45 minutes. During that time, approximately 2,000 people went through the station, most of them on their way to work. After about 3 minutes, a middle-aged man noticed that there was a musician playing. He slowed his pace and stopped for a few seconds, and then he hurried on to meet his schedule.

The violinist received his first dollar. A woman threw money in the hat and, without stopping, continued to walk.

A young man leaned against the wall to listen to him, then looked at his watch and started to walk again.

A 3-year old boy stopped, but his mother tugged him along hurriedly. The kid stopped to look at the violinist again, but the mother pushed hard and the child continued to walk, turning his head the whole time. This action was repeated by several other children, but every parent – without exception – forced their children to move on quickly.

The musician played continuously. Only 6 people stopped and listened for a short while. About 20 gave money but continued to walk at their normal pace. The man collected a total of $32.

He finished playing and silence took over. No one noticed and no one applauded. There was no recognition at all.

No one knew this, but the violinist was Joshua Bell, one of the greatest musicians in the world. He played one of the most intricate pieces ever written, with a violin worth $3.5 million dollars. Two days before, Joshua Bell sold-out a theater in Boston where the seats averaged $100 each to sit and listen to him play the same music.

This is a true story. Joshua Bell, playing incognito in the DC Metro Station, was organized by the Washington Post as part of a social experiment about perception, taste and people’s priorities.

*In a common-place environment, at an inappropriate hour, do we perceive beauty?

*If so, do we stop to appreciate it?

*Do we recognize talent in an unexpected context?

One possible conclusion reached from this experiment could be this:

If we do not have a moment to stop and listen to one of the best musicians in the world, playing some of the finest music ever written, with one of the most beautiful instruments ever made . . .

How many other things are we missing as we rush through life?

It’s a game about power and money.Germany’s federal president, Christian Wulff, faces impeachment after attacking the chief editor of BILD-Zeitung,Europe’s biggest daily newspaper. Wulff has made personal calls not only to Kai Diekmann, Chief Editor of Bild, but also to Friede Springer, head of the Springer Press imperium and other executives. Wulff declared “war” between the president’s office and Bild-Zeitung in case a report is published on his private loans and money transfers from business friends. While trying to stop the report he left his messages on various answering machines. “A great mistake” – which he admitted during a TV interview later, but did not tell the truth about the activities. Parties in the German parliament are now requesting Wulff’s impeachment in case he refuses to resign. And for the first time inGermany’s history people gathered in front of Schloss Bellevue, his residence, onSaturday, January 7, 2012holding up shoes and shouting “shame on you – go somewhere else”. Holding up or throwing a show is a symbol from Arabian countries to show dislike and condemnation which had also happened to former president George Bush. Angela Merkel,Germany’s chancellor, is keeping quiet about the affair and has no interest in seeing another president leaving the office after former Horst Koehler, a year and a half ago. Her party faces the loss of majority and she will loose her influence to save the Euro currency together with French president Sarkozy. Countdown is expected on Wulff’s days as a federal president ofGermany.

Bradford Files: You Want An App With That? 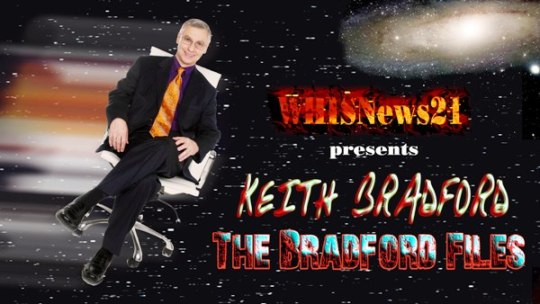 Just about every human being on the planet has heard the phrase, “You want fries with that?”  Well now a day’s a new phrase has emerged.  “You want an app with that,” is heard over and over again.  I just saw on the news that they now have an app that allows you to find your cell phone if you lose it.  It is based on GPS technology and all you have to do is have a friend call your cell phone and your friend can give you the exact location of the lost phone.  And yes even if the lost stolen phone is in someone’s pocket!  Have you heard of the app that helps you find an app?  There is an app available for download that once it is up and running will help you find useful apps that you may want to have on your phone.  It is kind of an app directory.  Remember those ancient books that contained the yellow pages?  I just found out last week about an app that installs on your cell phone that is an 8 track recording studio.  You can purchase additional plug ins and sound effects that allow you to produce music that sounds like it was recorded in a million dollar recording studio.  There are movies on you tube right now that was shot on a cell phone.  I am not talking about performance videos taken at a concert but full length story line movies.  I guess the next thing coming is an app that will help you decide if you need an app.